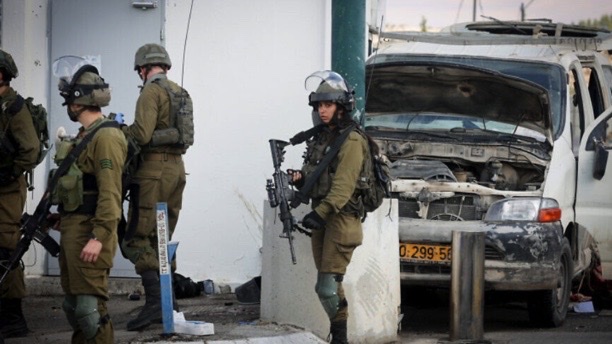 An Israel Defense Forces officer in his 20s was seriously wounded in a suspected terror attack at the Maccabim Checkpoint near Modi’in on Wednesday morning, according to the Israeli military.

The assailant rammed his vehicle into the soldier before getting out and attempting to stab him with an axe, according to Israeli media reports.

The perpetrator was “neutralized,” and an investigation into the incident had been launched, the IDF said in a statement.

The victim was reportedly taken to Shaare Zedek Medical Center in Jerusalem in serious condition.