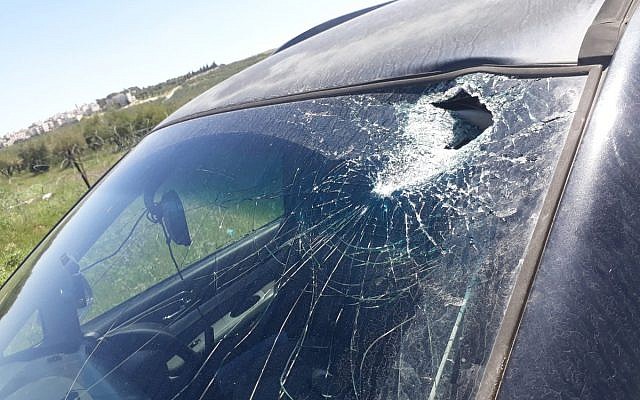 Israeli security forces arrested a Palestinian man suspected of throwing a hammer at an Israeli car traveling along a central West Bank highway in April, injuring the driver, the army said Thursday.

Prosecutors filed a “harsh indictment” against the suspect — Ahmad Ibrahim Suleiman Nasrallah — in a military court on Thursday, the Israel Defense Forces said.

It was not immediately clear when Nasrallah, a resident of the Palestinian village of Tuqua, was arrested. The IDF said Nasrallah had been arrested in the past on security-related crimes and was released from prison last May.

According to the military, Nasrallah was behind the attack on April 10, in which a metal hammerhead smashed the windshield of a 45-year-old Israeli man’s car near the West Bank settlement of Tekoa, just up the road from Tuqua.

The metal head of the hammer shattered the windshield and landed inside the car.

The man was taken to the hospital for treatment, the military said in a statement.

The hammer was apparently thrown from outside a nearby Palestinian school, the Walla news site reported.