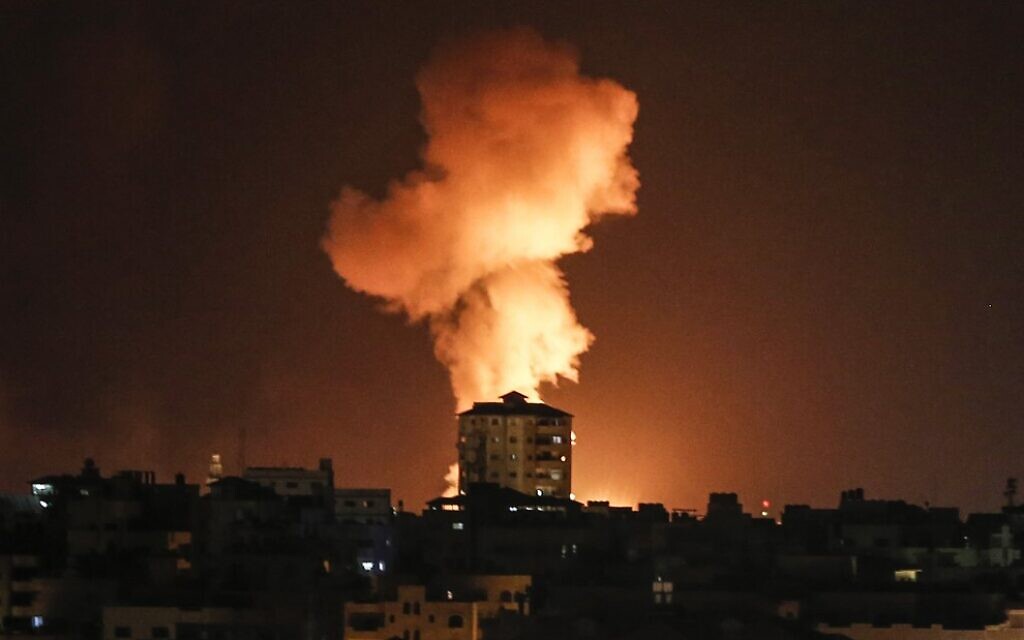 Israel hit multiple Hamas targets in the Gaza Strip early Saturday morning after two rockets were launched at Israel from the coastal enclave on Friday evening, according to the Israeli military.

Israeli fighter jets struck a rocket manufacturing workshop and a weapons manufacturing infrastructure, the military said in a statement.

“Strikes on these targets hamper the Hamas terror organization’s buildup capability,” the statement continued. “The IDF views with great seriousness any destructive activity directed towards Israeli territory, and will continue to act as necessary against attempts to harm Israeli civilians.”

No casualties were reported and no Palestinian group claimed responsibility for the rockets, which fell in open areas; however, Israel holds Hamas responsible for all terrorist activity emanating from the Gaza Strip.

“The Hamas terror organization bears responsibility for what is happening in and out of the Gaza Strip, and terrorist actions against Israeli citizens will have consequences,” said the IDF statement.

Hamas warned Israel of violence on Thursday if it moves forward with its plan to extend its sovereignty to the Jordan Valley and parts of Judea and Samaria under the aegis of the US “Peace to Prosperity” plan.

Israel’s defense establishment is preparing for a full spectrum of scenarios that could result from a government decision to proceed with the sovereignty plan.