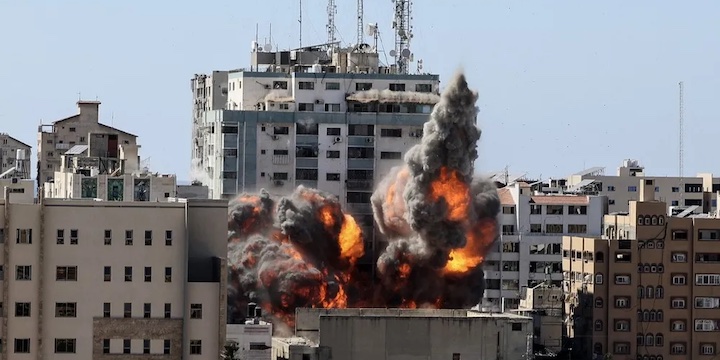 At around 10 pm, 52 Israeli Air Force planes unloaded 122 bombs on some 40 underground targets that are part of the so-called “Hamas Metro,” focusing their aim on the southern Gaza Strip in Khan Younis and Rafah, according to IDF Spokesperson Hidai Zilberman.

At least 10 Hamas and Palestinian Islamic Jihad terrorists were killed in the bombing campaign, according to the IDF.

Most of the rockets launched at Israeli cities have come from Khan Younis and Rafah in the southern Gaza Strip, the IDF said.

The IAF also struck targets in the affluent Rimal neighborhood of Gaza City.