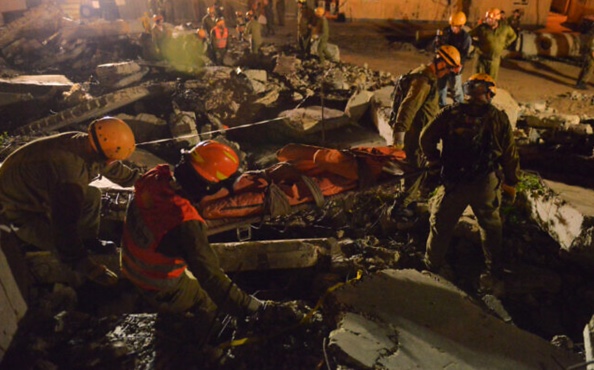 IDF drills for multi-front war, including 1,500 rockets a day fired from Lebanon

Israeli cities could be bombarded with 1,500 rockets a day, and the death toll could quickly reach into the hundreds should war with the Iran-backed Hezbollah terror group in Lebanon break out, according to a military assessment shared Thursday.

Army officials said the predictions of fierce fighting and carnage on Israel’s homefront formed the basis of exercises carried out recently as part of the massive month-long “Chariots of Fire” drill, now in its third week.

During the exercise — scheduled to last through June 3 — troops have been practicing responding to sudden events in multiple theaters simultaneously, with a focus on defending the northern border, according to the IDF.

The Home Front Command was practicing a simulation in which 80 sites are heavily damaged in rocket attacks with some 300 casualties, during a several-day flare-up with the Hezbollah terror group.

The Iran-backed Lebanese terror group has long represented the IDF’s most significant military threat, with an estimated arsenal of nearly 150,000 rockets and missiles that can reach anywhere in Israel.