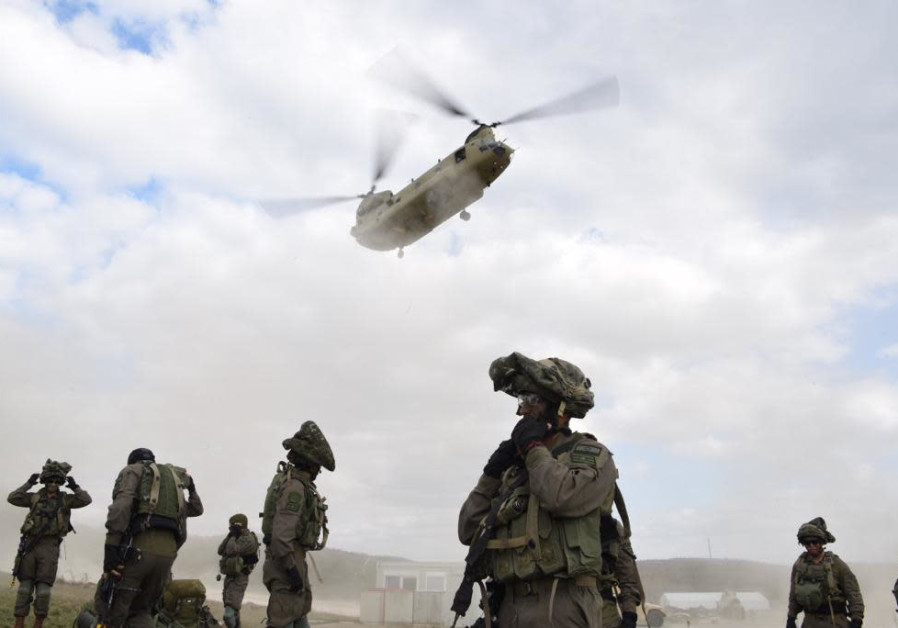 According to reports, the communities which were simulated to be evacuated during the drill included Shlomit, Yated, Avshalom, Yevul, Holit, Bnei Netzarim and Naveh where the current education minister Rafi Peretz lives. The drill also included simulations of the evacuation of communities bordering the Gaza Strip

While the military has in the past drilled on evacuating communities sitting right along the border, it was the first time that these communities-which sit further away from the Hamas controlled coastal enclave- took part in such a drill.

The Gaza division drill, which began Sunday afternoon in the city of Ashkelon and in the area bordering the Gaza Strip, saw the participation of ground troops, combat helicopters and other aircraft.

The four-day drill “was “another significant step in improving the IDF’s operational preparedness in the Gaza Strip,” the army said in a statement, adding that the drill was “preplanned as part of the training schedule for 2019.”

The military is concerned that in the next war in the south, Hamas militants or other Gaza-based armed terrorists will cross out of the blockaded Strip through tunnels and then make their way back into Israel to attacks troops and civilians.