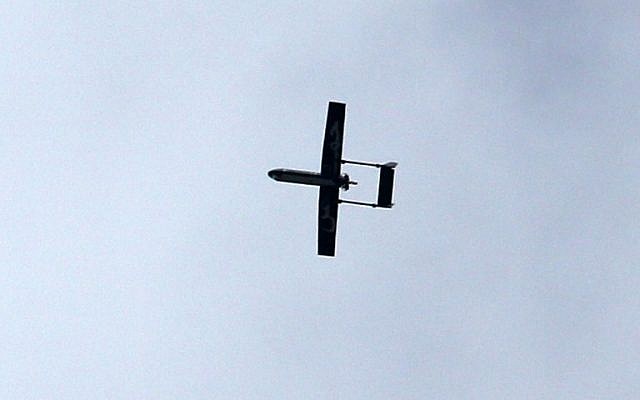 Israeli forces brought down a drone on Thursday as it was flying in the area of the border fence along the Gaza Strip, the Israel Defense Forces said.

The drone was detected in the area of the southern Gaza Strip and “was brought down by IDF troops,” the army said in a statement.

The army did not give details on the size or design of the drone, or how it was stopped.

There were no injuries in the incident. It was not clear from the IDF statement if the drone came down in Israeli territory or not.

Security forces were investigating if the drone was carrying explosives.

On Sunday Israeli troops in the Golan Heights opened fire on what they thought was a drone infiltrating Israeli airspace. The Israel Defense Forces determined after the incident that no aircraft had crossed the border.

Since March 2018, Palestinians have been holding weekly “March of Return” protests on the border, which Israel has accused Gaza’s Hamas rulers of using to carry out attacks on troops and attempt to breach the security fence. Hamas, an Islamist terror group, seeks to destroy Israel.

Over 4,000 Palestinian demonstrators took part in protests Friday along the border, several hundred of them rioting and clashing with Israeli troops. The Hamas-run health ministry in Gaza said 49 Palestinians were wounded in the clashes, 21 from live fire.