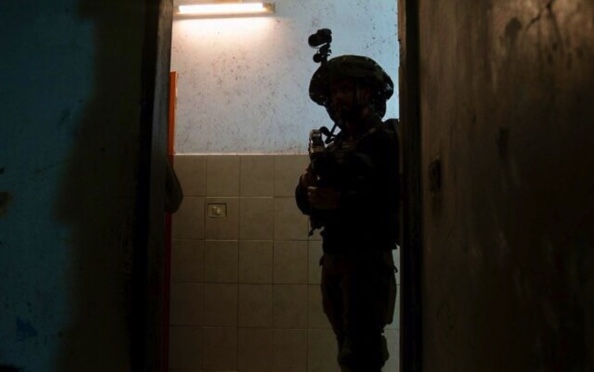 The military on Wednesday announced the overnight arrests of three suspects linked to shooting attacks near the Palestinian village of Silwad, along with six other suspects across the West Bank.

During the arrests in Silwad, Israeli troops fired at a suspect who attempted to flee, according to the Israel Defense Forces. The suspect was arrested and taken for medical treatment. No word was given on his condition.

An IDF statement said several “violent disturbances” broke out following the arrests and that gunshots were heard in the area.

The military also said soldiers confiscated “military equipment” in Silwad, but did not specify what type of weaponry was found.

The IDF didn’t specify which shootings the detainees were suspected of, but the raid in Silwad came after shots were fired at an IDF post near the town on Sunday night, and at an Israeli bus on Saturday night.