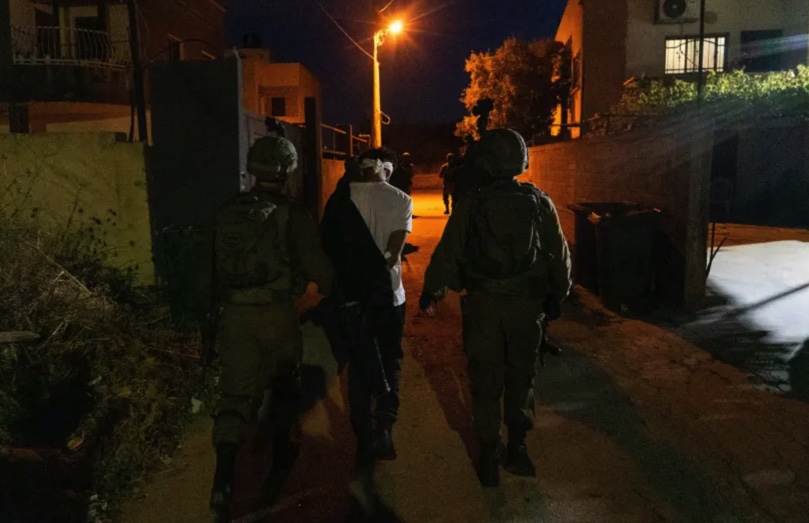 The IDF operated throughout the West Bank on Monday morning, including in Rummanah, the hometown of the two terrorists who killed three men in Elad on Thursday, according to the IDF Spokesperson’s Unit.

Two Palestinians suspected of assisting the terrorists were arrested in the West Bank town. Another two Palestinians suspected of aiding the terrorists who carried out the shooting attack in Ariel at the end of April – in which a guard at the entrance of the settlement was murdered – were arrested overnight in the town of Qarawat Bani Hassan, near Salfit.

In total, 15 suspects were arrested by Israeli security forces in the West Bank on Monday morning.

The two Elad terrorists were captured by Israeli forces on Sunday morning. Later in the day, the army mapped their homes in preparation for their demolition.