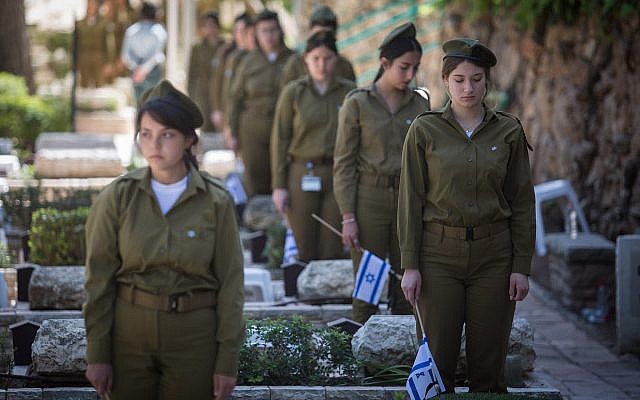 The number of Israeli casualties of war stand at 23,741 as of May 2019, according to figures published by the Defense Ministry on Friday ahead of Memorial Day next week.

Since last Memorial Day, 96 new names were added to the roster of those who died defending the country since 1860. Fifty-six were IDF soldiers and police, and 40 were disabled veterans who passed away due to complications from injuries sustained during their service.

The figures include all soldiers and police who died during their service over the past year, including as a result of accidents, suicide or illness.

Nine names were also added to the list of civilian Israeli terror victims who perished in attacks in the past year, the national insurance institute — Israel’s equivalent of social security — said on Friday, bringing the total to 3,146.

Israel’s Memorial Day will commence Tuesday evening with a ceremony at the Western Wall in Jerusalem, when a one-minute siren will ring out across the country.

The Defense Ministry said around 1.5 million Israelis are expected to visit various military ceremonies or memorials next Tuesday and Wednesday.