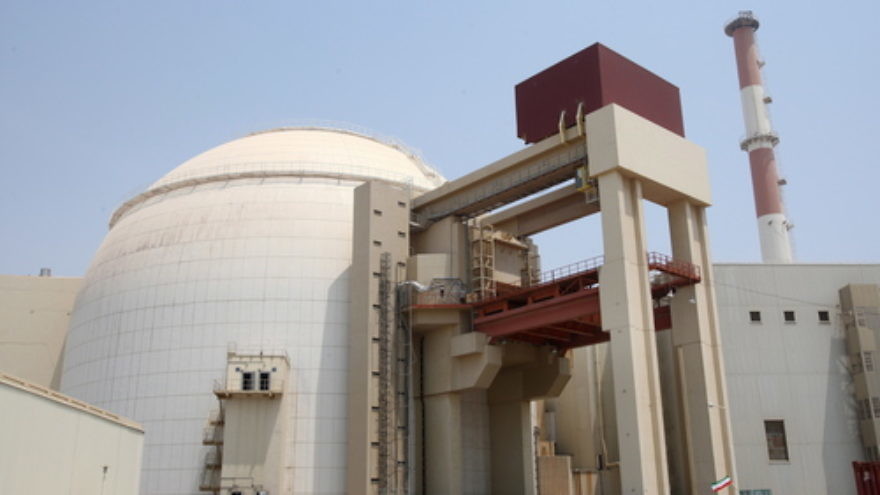 (November 11, 2019 / JNS) The International Atomic Energy Agency (IAEA) said on Monday that it has discovered uranium traces at an undeclared site in Iran.

“The agency detected natural uranium particles of anthropogenic origin at a location in Iran not declared to the agency,” according to the IAEA report, reported AFP.

The traces have been deemed to be a uranium product that has been mined and partially processed, but not enriched.

The IAEA report verifies such allegations made by the United States and Israel.

“Recent reports about the latest IAEA findings add important color to the Iranian nuclear drama that is unfolding. Iran’s overarching strategy is incremental escalation, which is designed to heighten fears and raise costs overtime,” Behnam Taleblu, a senior fellow at the Foundation for Defense of Democracies, told JNS. “This is true for regional, as well as their nuclear, escalation, which we are watching in real time with the resumption of enrichment at the Fordow bunker and the introduction of advanced centrifuges earlier than permitted at another facility.”

Barbara Slavin, who leads the Atlantic Council’s Future Iran Initiative, said that the Trump administration is to blame for the development by withdrawing in May 2018 from the 2015 Joint Comprehensive Plan of Action (JCPOA), also known as the Iran nuclear deal.

“Nothing that has been discovered shows that Iran had a structured nuclear-weapons program after 2003 or that it violated the terms of the JCPOA in any way prior to U.S. unilateral withdrawal and reimposition of sanctions,” she told JNS. “That said, Iran clearly warehoused documents and equipment from the program, and has never admitted to the IAEA that its earlier efforts had weapons as a possible goal.”

“I continue to believe that the U.S. was profoundly mistaken in withdrawing from the JCPOA, as Iran’s recent steps clearly show,” she continued. “It would be worse than ironic if Iran were now to resume its old efforts.”

However, said Taleblu, “The discovery of uranium particles further raises questions about the full scope of Iran’s program, as well as what sites and facilities still lie out of reach of the IAEA. Put differently: It begs the question, what else is Iran hiding? All of this underscores the need for a complete and more thorough accounting of Iran’s nuclear past.”

A spokesperson for the Atomic Energy Organization of Iran said on Sunday that while the Islamic Republic’s current need was only for uranium enriched to 5 percent, it had the capacity to enrich up to 60 percent, which falls short of the 90 percent required to construct a nuclear weapon.

Iran announced last week that it was resuming uranium enrichment at Fordow in a further step from its commitments under the 2015 nuclear deal with world powers. The pact bans the production of nuclear material at Fordow, a highly sensitive site that Iran hid from U.N. nonproliferation inspectors until 2009. It also sets a limit of 3.67 percent for uranium enrichment.