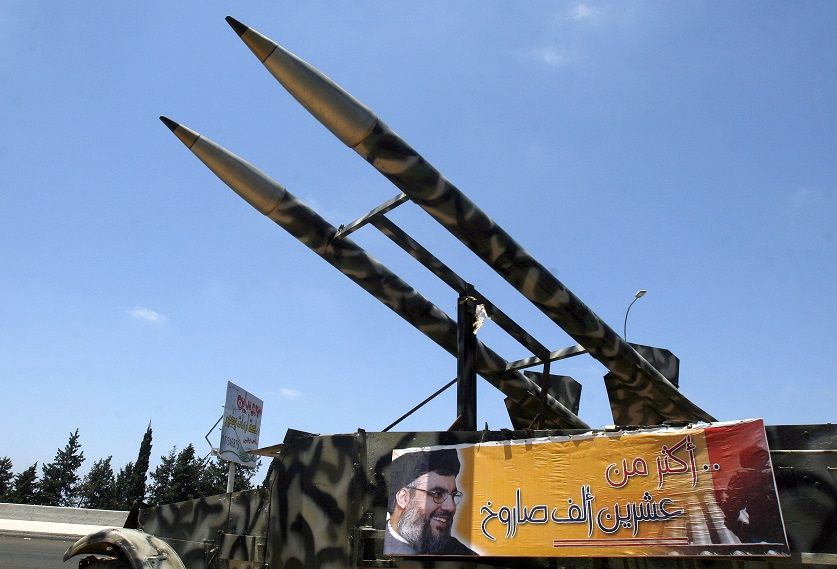 Israel estimates that Iran-backed Hezbollah possesses an arsenal of 100,000 to 150,000 rockets

Naveed, 54, is in charge of three sites in Beirut, and two others in southern Lebanon and the Beka’a Valley where engineers are working to convert Hezbollah surface-to-surface missiles into precision-guided missiles, i24NEWS defense correspondent Matthias Inbar revealed Tuesday.

The IRGC Air Force engineer is also frequently in contact with a counterpart in Yemen, which has become the “testing ground” for Hezbollah and Iranian missiles fired by Huthi rebels at Saudi Arabia.

Israeli Prime Minister Benjamin Netanyahu exposed the Hezbollah’s precision-missile project in September 2018 when he revealed the locations of what he said were missile factories and caches in the heart of the Lebanese capital.

Israel estimates that Iran-backed Hezbollah possesses some 100,000 to 150,000 rockets, and has acknowledged carrying out hundreds of airstrikes targeting weapons stores and convoys destined for the Lebanese terror group in Syria, where it fights alongside Israel’s arch-foe and Shiite powerhouse Iran in support of the Damascus regime.

Hezbollah leader Hassan Nasrallah has often boasted of the group’s rocket arsenal, and on Friday threatened that key Israeli sites along the Mediterranean coast, including the metropolis of Tel Aviv, are “within range of our rockets”.

Netanyahu hit back at the threat warning of a “crushing military blow” if Hezbollah “dares make the mistake of attacking Israel.”