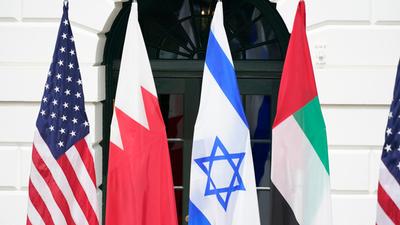 I Worked on the Abraham Accords. It’s Time to Free the Palestinians from Hamas—and Iran | Opinion

Last August, we entered a new era: A 70-year stalemate was exchanged for an era of greater coexistence. The signing of the Abraham Accords between the United Arab Emirates and Israel that I helped broker was a bold, courageous move which promised to finally make progress where everything else had failed.

After the recent conflict with Gaza, though, many thought the Abraham Accords was dead. Where was the promised peace, with rockets flying?

To these skeptics, I would say, look at the bigger picture. The Abraham Accords are not about an Emirati and Israeli future but the whole region’s future. The truth is, the Middle East conflict isn’t between the Israelis and Palestinians but between Israel and Iran. Ask yourself who benefits from this conflict? The Palestinian people’s rights and hopes have been hijacked by Hamas to serve an Iranian agenda.