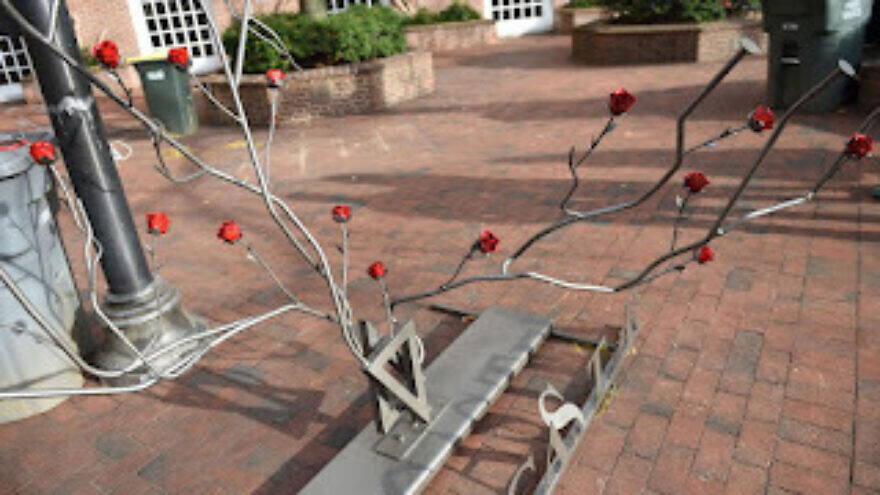 Hundreds attend menorah-lighting in Pennsylvania day after it was vandalized

Hundreds of people attended the lighting of the menorah in Lancaster, Pa., on Sunday night—the first night of the eight-day holiday of Hanukkah—a day after it was badly damaged.

A local blacksmith helped repair the menorah, making it useable for the lighting ceremony, according to the report. Mark Lewin, the artist who built it, plans to fix it even more, according to the news report.

Lancaster Mayor Danene Sorace said, “I don’t know any better way to celebrate the start of the holiday season than for us to gather today and let our light shine together as a community. There is no shadow that can overtake us.”

Pennsylvania State Sen. Scott Martin said he was “very disheartened” to learn of the act, adding that vandalism “should never be tolerated and is always disappointing; and when the very symbol of a religion is desecrated by vandalism it is unacceptable and reprehensible.”

Police are investigating the incident.