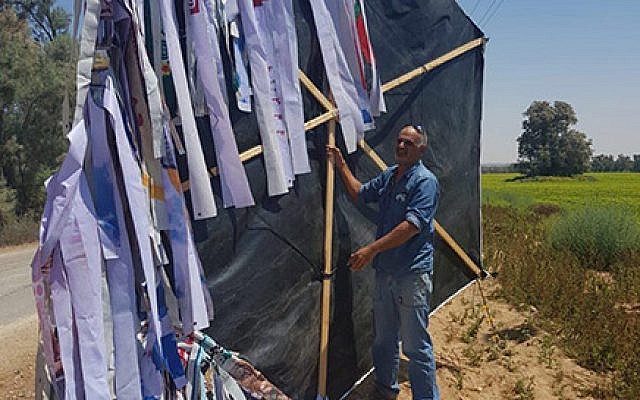 A large incendiary kite launched from Gaza which was removed from power lines near Kibbutz Sufa, August 11, 2018. (Israel Electric Corporation)

A large incendiary kite launched from Gaza landed on power lines near Kibbutz Sufa, sparking a quick operation by employees from the Israeli Electric Corporation to remove the device before a fire was started.

The 4-meter (about 13-foot) kite, which landed on Friday, caused a power outage at the kibbutz and in the surrounding area.

It was removed from the high-voltage wires by electric company workers using a crane.

In another community near the Gaza Strip, police sappers neutralized an incendiary balloon flown over from the Hamas-run Palestinian enclave that landed next to a dining room in an Israeli community in the Eshkol Region.