How to combat the uptick in anti-Semitic attacks 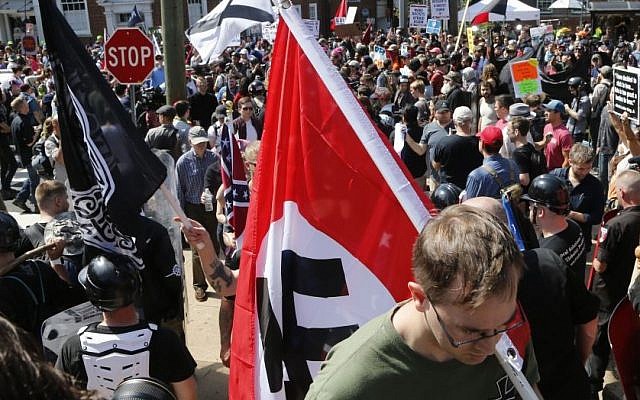 Violent anti-Semitism has become a plague upon the United States and we must continue to vigorously combat it. In recent weeks and months, America has seen terrifying attacks against Jewish communities. Over the past two years, the entire nation has grappled with the deadliest of attacks against our Jewish neighbors. From Poway to Pittsburgh to Monsey, anti-Semitic terrorism has reached fever pitch.

The Jewish community may have, at times, felt besieged and alone. It is not alone. Across America, there are more than 8 million committed, and unwavering Christian Zionist allies in the grassroots army that makes up Christians United for Israel (CUFI). We boldly stand with Jewish Americans and the Jewish people around the world against the evils of anti-Semitism and we will work together to turn back its rising tide.

Now that President Trump has extended federal protections to our most vulnerable population – students – against anti-Semitism on college campuses, two main policy prescriptions for combating anti-Semitism in our broader society remain: education and security.

The failure to educate students about the evils of anti-Semitism enables its growth. We understand the tradition of local control of education, but just as elementary students in every school district need to learn math and reading skills, no high-school graduate’s education is complete without a firm understanding of the greatest genocide ever committed.

Local, state and federal education authorities need to immediately prioritize Holocaust education. And Congress needs to pass the Never Again Education Act to ensure educators have the training and resources they need to be successful. Most often, bigotry is a symptom of ignorance, and right now our population is ignorant of the Holocaust. That must change — not tomorrow, today.

Proper education will help combat anti-Semitism for future generations, but the problem exists here and now. That is why we welcome and fully endorse Sen. Chuck Schumer’s call to quadruple the funds provided by the Federal Emergency Management Agency administered Nonprofit Security Grant Program. This is commonsense policy that should enjoy widespread bipartisan – if not unanimous – support in Congress.

Steps must be taken to harden and protect religiously oriented locations. The bigots see synagogues and community centers as soft targets; it is incumbent upon our government to ensure that when people of faith gather, they are safe, secure and protected.

It is not 1938. In Israel, there is a country and a military that flies the flag with the Star of David. And in America at least 8 million Christians stand with their Jewish friends and neighbors. Washington must hear our voices and heed the warnings of the past. “Never Again” is not a bumper sticker or a slogan, it is call to action, a promise and a responsibility.

We can debate other issues on other days, but at this moment, if we fail to educate the next generation about the horrors of the Holocaust and protect the Jewish community against anti-Semitism sweeping across this country, we fail to uphold the most basic values upon which this country was founded. Americans of conscience must set aside their political and religious differences and come together to protect our first Constitutional freedom against the world’s oldest hatred.