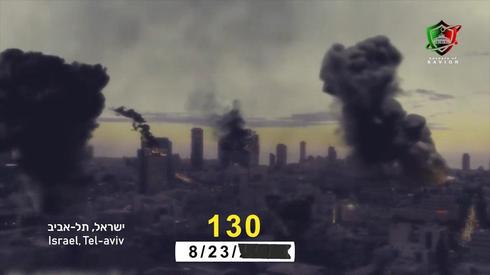 A host of Israeli websites have been hacked in a massive, alleged Iranian cyber attack, the Israel National Cyber Directorate said on Thursday.

The directorate said they are taking care of the problem and internet users who come across sites that have been compromised should avoid clicking on any links.

The attack comes after reports emerged that Israel was behind a cyberattack earlier this month on computers at Iran’s Shahid Rajaee port that caused massive backups on waterways and roads leading to the facility.

The reports about the latest attack began emerging in the morning hours after a message that read “the countdown to Israel’s destruction has begun” appeared on homepages of many Israel-based sites.

The sentence is also accompanied by images of what appears to be the destroyed city of Tel Aviv, links to YouTube videos and other threatening phrases.

Among the websites that were targeted are Ramat Gan Municipality, United Hatzalah (a volunteer-based emergency medical services organization), the Kinneret (Sea of Galilee) Authority, several Israeli-based NGOs and even the official site of Meretz party leader, Nitzan Horowitz.