HONDURAS PRESIDENT TO OPEN TRADE OFFICE IN JERUSALEM NEXT WEEK 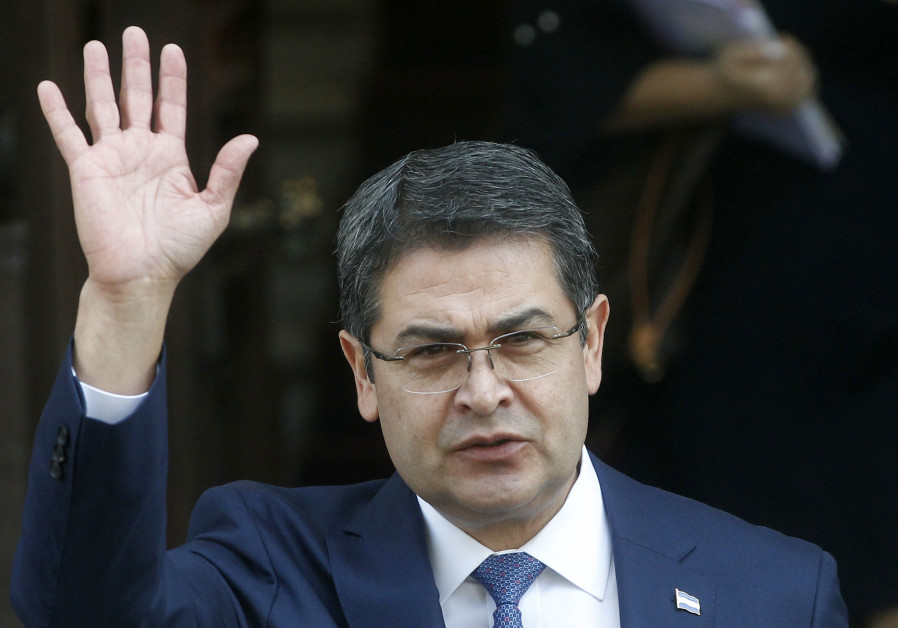 Honduras is slated to open a trade office in Jerusalem next week as a preliminary step toward relocating its embassy to Jerusalem, Israel’s Foreign Ministry announced on Tuesday.

Honduran President Juan Orlando Hernandez and his wife are due to arrive in Israel Saturday to inaugurate the office, which will have Honduran diplomatic status, the Foreign Ministry said.

Sarah Netanyahu, the wife of Prime Minister Benjamin Netanyahu, said in a conversation Tuesday with Minister Miri Regev in the Likud studio that Guatemalan President Jimmy Morales and his wife, Patricia, made the decision to open the office in response to her appeal.

Already in March, Hernandez has pledged to open such an office and said he recognized Jerusalem as Israel’s capital. Honduras is one of a number countries that have opened trade offices in Jerusalem rather than relocating their embassies to Israel’s capital. This includes the Czech Republic and Hungary. Australia opened a defense and trade office. Ukraine has promised to open a hi-tech and investment office.

Most countries still have their embassies in Tel Aviv and are loath to publicly acknowledge that Jerusalem is Israel’s capital in advance of any resolution of the Israeli-Palestinian conflict.

Last year, the United States broke the taboo and relocated its embassy to Jerusalem. To date, Guatemala is the only other country to similarly move its embassy.