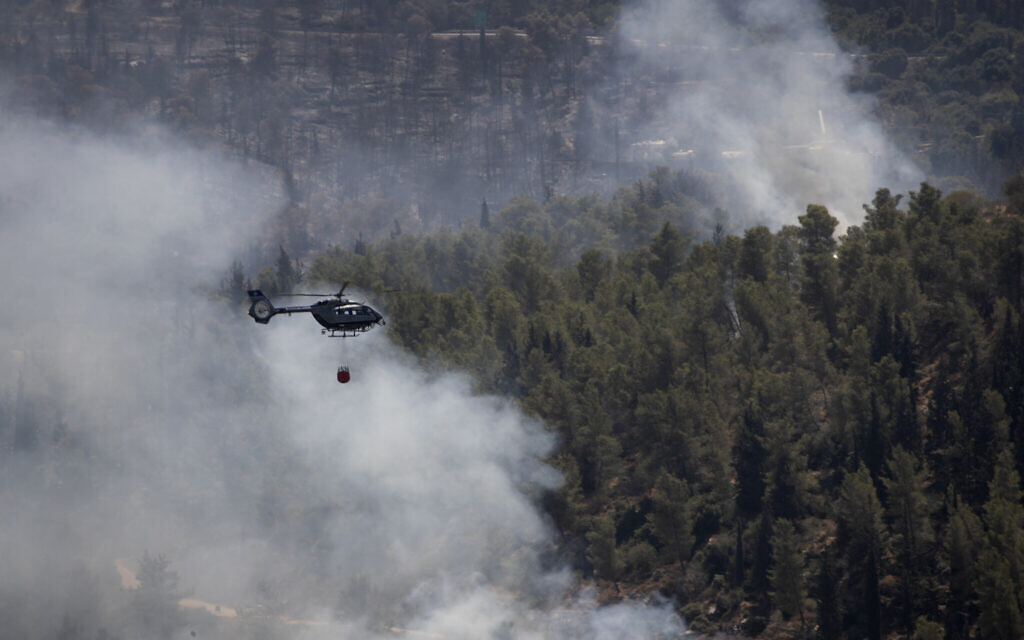 A large wildfire outside Jerusalem that was thought to be largely under control began to spread again “at a very high speed” on Monday afternoon, officials said, with police evacuating local residents and closing local roads.

Multiple towns and villages near the Sataf forest area and along the Route 1 highway that connects Jerusalem and Tel Aviv were threatened by the resurgent blaze, officials said, as firefighters deployed along Jerusalem’s southern perimeter to establish a new defensive line against the spread of the fire toward the capital.

Jerusalem Police chief Yoram Halevy said Monday that police were preparing to evacuate Hadassah Hospital Ein Karem, the largest hospital in the country, which lies in the path of the blaze. Earlier, hospital officials denied media reports of an evacuation but said they were in close touch with police and rescue officials.