Holocaust survivor is named 2019 ‘Texan of the Year’ 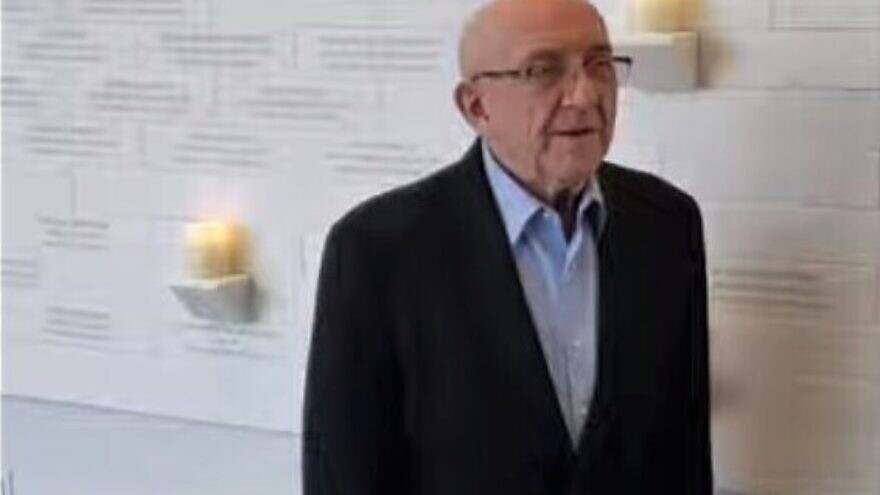 (December 31, 2019 / JNS) Max Glauben, a longtime Dallas resident and Holocaust survivor, was declared the 2019 “Texan of the Year” by The Dallas Morning News on Sunday.

Glauben, 91, and his family survived the Warsaw Ghetto only to be taken to the Majdanek concentration camp, where his mother, father and younger brother died. By 1943, he was orphaned, and in the two years since his family’s killing, he was a prisoner at five concentration camps: Majdanek, Budzyn, Mielec, Wieliczka and Flossenburg.

Glauben, who last name in German means “believe,” has shared his experiences during the Holocaust at many speaking engagements over the last 40 years, sometimes even two or three events per day, including at United Nations in New York City.

And every summer for the past 14 years, he has led a group of teens on March of the Living—a tour of Holocaust sites, including the place where his family members died.

He was in the U.S. Army for two years, served in the Korean War and attained the rank of staff sergeant.

He helped create the Dallas Holocaust and Human Rights Museum, and earlier this year was one of the first Holocaust survivors filmed for a program called “Dimensions in Testimony,” sponsored by the Shoah Foundation created by filmmaker Steven Spielberg to record testimonies from Holocaust survivors.

“There’s a word in the Torah—shalom. … It means an Edenic reality under God’s benevolent reign where swords become plowshares, hate gives way to brotherhood, and upstanders guard the rights of the ‘other,’ ” wrote The Dallas Morning News.

“Perhaps shalom is why a man can endure Europe’s darkest atrocities and emerge as Texas’ brightest light. Perhaps shalom is why a man who still carries a tattoo that marked him for destruction can put his mark of good-natured tolerance on so many other lives. Perhaps shalom is why generations of young Texans will learn the value of justice and fairness in a Dallas museum. In an age of division, in a time of suspicion and in a culture where we worship the newest, emptiest viral bling, perhaps the wrinkled, smiling wisdom of shalom can show us a better way.

“Shalom marks the kind of world Glauben is working to create. And for that, Max Glauben is the 2019 Texan of the Year.”