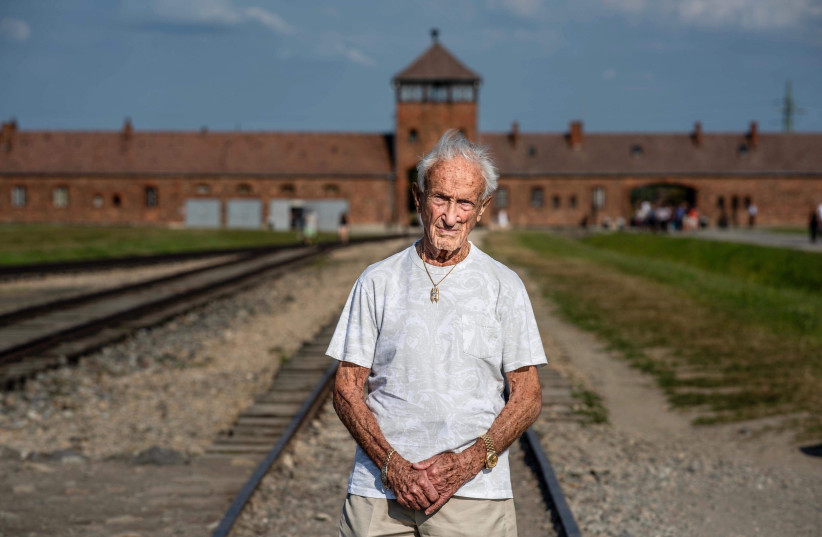 The invitation was posted on Twitter by From the Depths, an organization that seeks to protect the memory of the Holocaust, of which Mosberg is honorary chairman.

“Almost my entire family was murdered by the Nazis during the Holocaust. I survived multiple Nazi death camps, including the Mauthausen concentration camp, and my late wife was a survivor of Auschwitz-Birkenau,” the 94-year-old Holocaust survivor wrote.

“After the terrors of the Holocaust, I was blessed to have the opportunity to come to the United States of America. I arrived as an immigrant without a penny to my name and worked hard to build a future for my wife and family,” he continued.

“Your post on Instagram quoting Adolf Hitler, the man behind one of the most evil regimes this world has ever known and responsible for the deaths of over 6 million Jews, including my dear parents and sisters, as well as 2 million ethnic Poles and millions of other nationalities and minorities, is heartbreaking and so deeply wrong. The Allied Forces, including American troops, carrying with them American flags, fought valiantly and suffered unspeakable losses to stop this evil, the same man you quote!”