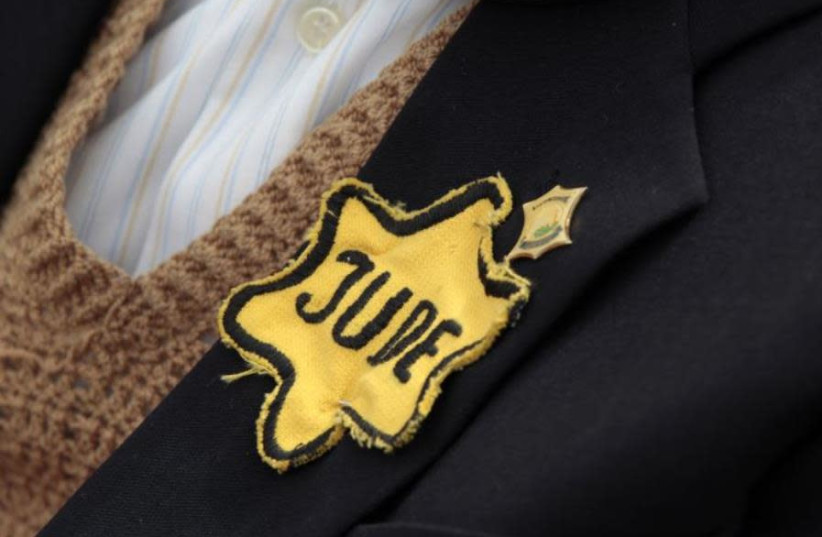 The “To Live and Not Forget” Holocaust memorial in the Armenian city of Yerevan was desecrated with paint sprayed all over the Hebrew writings.

The memorial was built to honor both the Holocaust and the Armenian Genocide victims and consists of two primary pillars, with “To Live and Not Forget: To the Memory of the Victims of the Genocides of the Armenian and Jewish Peoples” written in Armenian on the right pillar and Hebrew on the left pillar.

Yerevan Mayor Hayk Marutyan’s spokesperson Hakob Karapetyan strongly condemned the desecration, noting that such incidents must be ruled out in Yerevan “where representatives of various nations are living side by side as Yerevantsis.”

“The desecration of any memorial is extremely unacceptable, moreover the kind of memorials which are related to the minorities living in the city. I think this problem should be solved through cooperation with the law enforcement agencies,” Karapetyan said when asked about actions for ruling out similar incidents in the future, given the fact that this is already the second time this particular memorial is targeted by vandals in the last few months, the Armenian Press website reported.

Vice Speaker of Parliament Alen Simonyan from the ruling My Step bloc strongly condemned the desecration of the Holocaust and Armenian Genocide memorial in central Yerevan, the Armenian Press website also reported.