HLMG Assessment of the 2014 Gaza Conflict 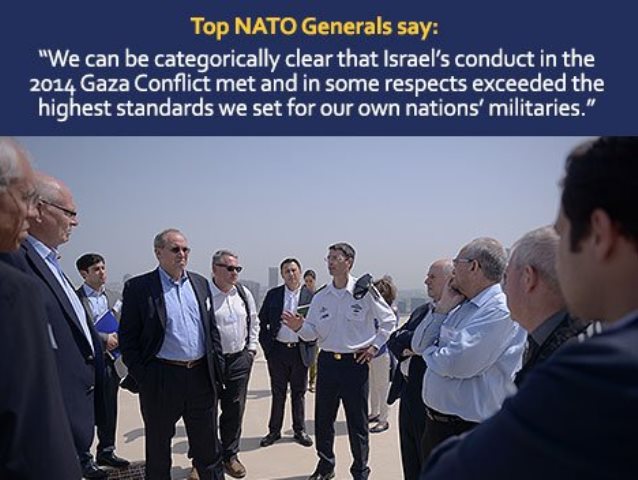 The High Level Military Group (HLMG) consists of military leaders and officials from NATO and other democratic countries exploring the challenges of 21 Century warfare.

It was formed in early 2015 with a mandate to examine Israel’s conduct of the 2014 Gaza Conflict, in the context of a larger project seeking to address the implications for warfare where democratic nations are engaged in fighting enemies who disregard the Law of Armed Conflict (LOAC) but exploit our own nations’ adherence to LOAC for their gain. It is comprised of top-level practitioners from democratic nations whose expertise covers the entire gamut of the conduct of warfare and who are intimately familiar with the battlefield scenarios, operational and legal imperatives, and military and humanitarian duties relevant to the 2014 Gaza Conflict.

Excerpt from the Executive Summary:

“Between June and August 2015, the High Level Military Group (HLMG) members and staff undertook two extensive fact-finding trips and four additional research trips to assess every aspect of Israel’s conduct in the 2014 Gaza Conflict. The State of Israel granted us unprecedented access, undoubtedly in excess of what our own countries would afford in similar circumstances. The Prime Minister, Defence Minister, Chief of Staff of the Israel Defense Forces (IDF) at the time of the 2014 Gaza Conflict, all ranks of the IDF, the Internal Security Agency (ISA), other relevant retired officials, as well as civilians affected by the fighting were made available to us.

The necessary absence of some classified material did not impede our ability to form a comprehensive professional assessment in line with our mandate. No topic was off limits and interlocutors gave frank and detailed responses throughout. In addition we were able to draw on a wide range of supplementary expertise, open and closed sources and were supported in our study by a Rapporteur and full staff.