History is repeating itself, Holocaust survivors warn before March of the Living 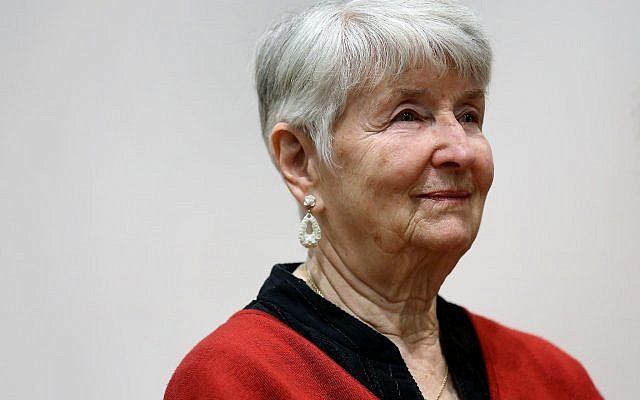 AUSCHWITZ-BIRKENAU, Poland — The surge in anti-Semitic attacks in recent years is reminiscent of the pre-World War II era in Europe, a Holocaust survivor warned Wednesday, with others agreeing that anti-Semitism is back in full force, a day before they participate in the annual March of the Living event.

“For years, I think a lot of survivors have had the feeling that times remind us of the 1930s,” Hedy Bohm told The Times of Israel at Birkenau, the Nazi death camp she survived 75 years ago.

“Unfortunately, I feel the same way too — that humanity hasn’t learned, that we are unable to learn. History repeats itself. We try to remember, we try to be smarter, we try, and that’s all we can do — keep on trying,” said Bohm, who will turn 92 on May 11. Born in Romania, she will be participating in her sixth March of the Living in Poland on Thursday.

This year’s march comes amid a sharp rise in anti-Semitic incidents, attacks and rhetoric worldwide, the latest of which was the synagogue shooting attack in Poway, California on Saturday in which one congregant was killed and three others were wounded, including an eight-year-old girl and the community rabbi.