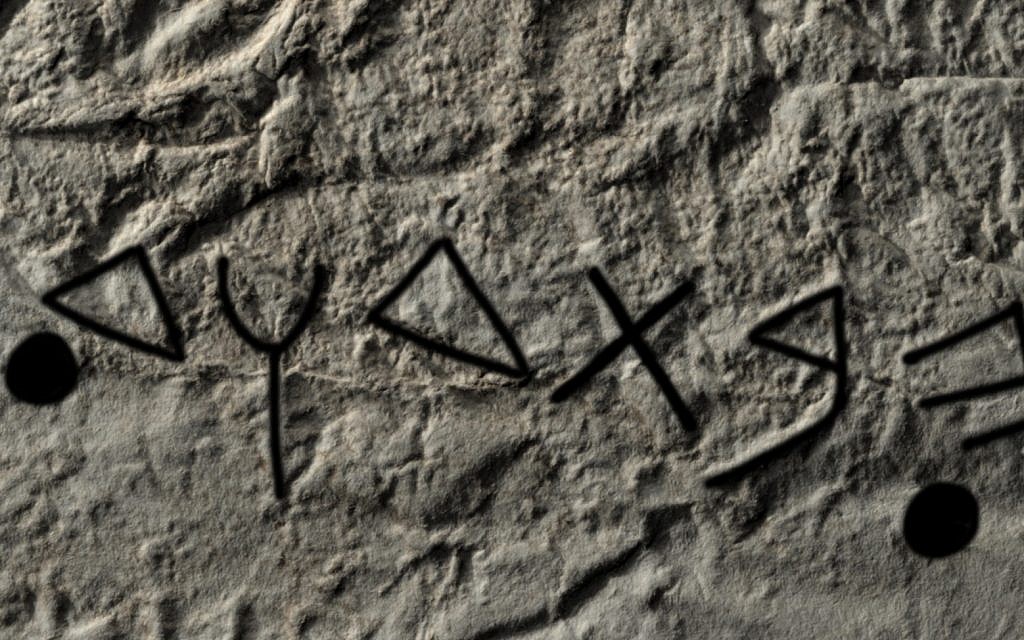 Since the early 1990s, scholars have pointed to a barely readable bit of text on a nearly 3,000-year-old stone as possibly the first extra-biblical historical proof of the Davidic Monarchy. The reading, based upon decades of educated guesses, is notable for what can’t be fully discerned in the Moabite script almost as much as what can.

A pair of dueling papers, one of which was released on Thursday, again puts the tiny bit of inscription, as well as primitive copies of it, under a microscope, offering divergent views on what the 9th-century Mesha Stele arguably offers.

In a paper published in the Journal of the Institute of Archaeology of Tel Aviv University Thursday, a trio of scholars dismisses a decades-old hypothesis that line 31 of the stele refers to Beit David, the biblical House of David. However, using a combination of high-tech imaging methods, another researcher shores up the Davidic reading in an upcoming article in the Collège de France’s Semitica journal.

While the battle over a few ancient letters in the Moabite alphabet may seem purely academic, it is only one of several dramas attached to this ancient monument inscribed with battles and the spoils of war.

Today the Mesha Stele is housed in the Louvre. Back in 1868, the block of basalt was unveiled to the western world in a scene straight out of Hollywood. Found by Bedouins in the rubble of Jordan’s biblical Divon, it was initially offered for sale to French missionary, F. A. Klein. Realizing its worth, he agreed to pay a handsome sum but was later outbid by a competing collector.