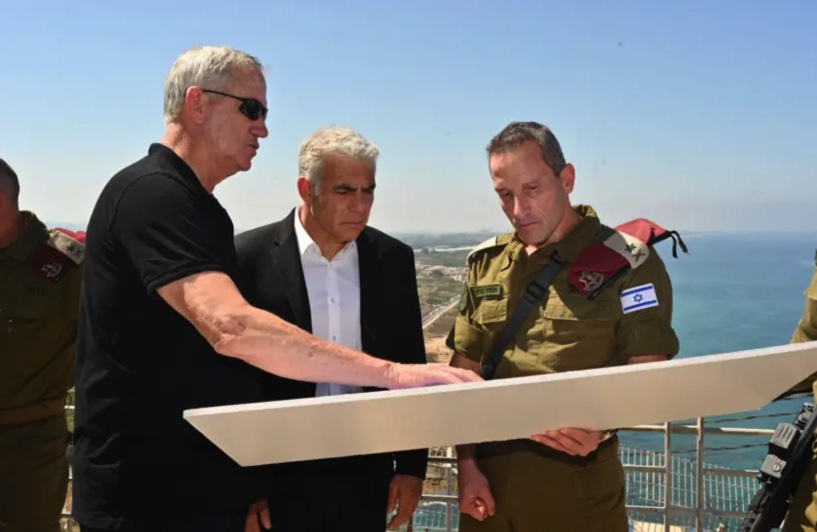 Hezbollah’s actions can lead the entire region to war – Lapid

“The State of Israel is prepared and ready to act against any threat. We are not facing a confrontation, but anyone who tries to harm our sovereignty or the citizens of Israel will very quickly find out that he has made a serious mistake,” Lapid said.

Prime Minister Yair Lapid and Defense Minister Benny Gantz today toured the Northern Command and the border with Lebanon, held an operational situational assessment, and spoke with senior officers in the sector.

“Israel is interested in Lebanon as a stable and prosperous neighbor that is not a platform for Hezbollah’s terrorism and is not an Iranian tool,” Lapid said.