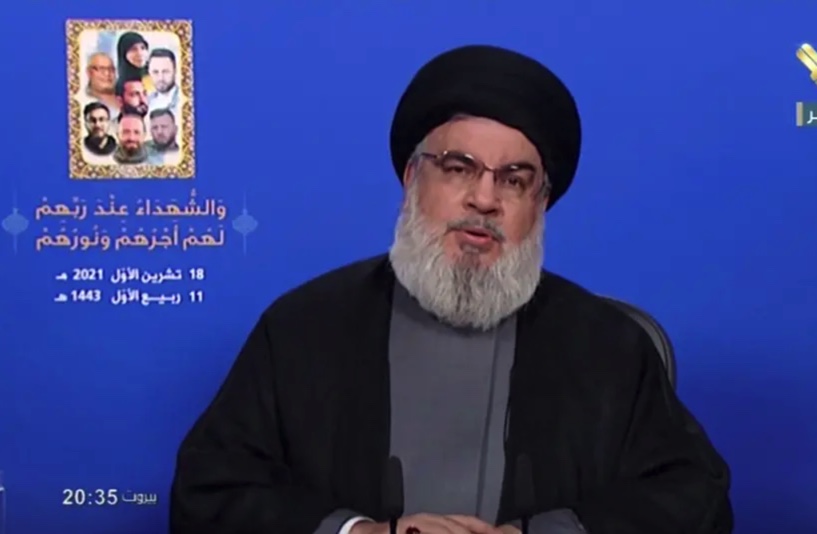 The head of Lebanon’s powerful armed movement Hezbollah, Sayyed Hassan Nasrallah, warned on Tuesday against any Israeli attempts to expand their targeting of Palestinian militants to Lebanon.

“Any attack on any human being will not go unpunished or unanswered,” Nasrallah said in a televised address marking Ashura, a melancholic commemoration for Shi’ite Muslims of the killing the Prophet Mohammad’s grandson Hussein.

The comments came after a flare-up in violence between Israel and the Islamic Jihad movement in the Gaza strip, prompted by Israel’s arrest of a senior Islamic Jihad leader earlier this month.

On Saturday, Israeli defense minister Benny Gantz hinted at the possible targeting of Islamic Jihad officials abroad, who he said could be seen in “restaurants and hotels in Tehran, Syria and Lebanon.”

“They too will have to pay the price,” Gantz said.