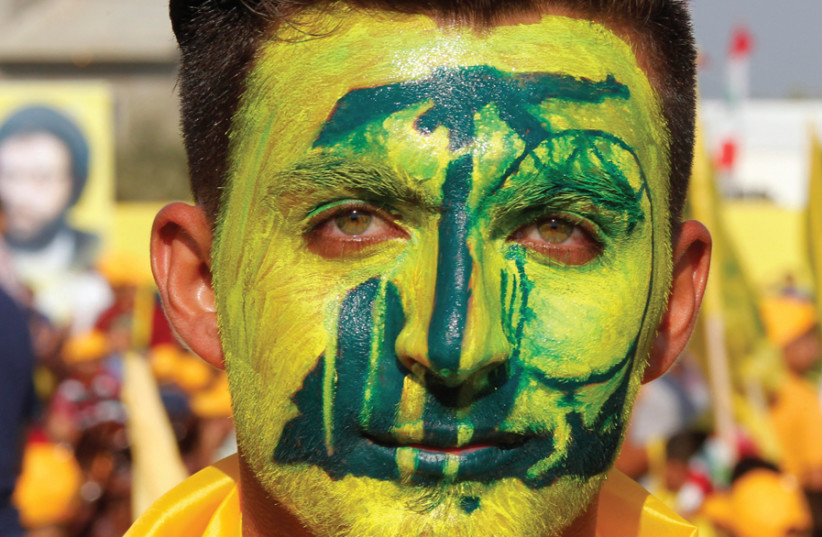 The Lebanese terrorist organization Hezbollah uses a center in Berlin as well as other locations across Germany to recruit members and raise funds for terrorism and weapons purchases, according to a report by the Berlin-based Tagesspiegel newspaper.
Tagesspiegel on Saturday published a detailed exposé on how the Lebanese terrorist organization uses Germany for “money generated” illicit activities and those funds are “used for arms purchases and for financing attacks.”

According to the article, Hezbollah members “use Germany as a place for drug trafficking, trade in stolen cars and money laundering. The implications of the group for the drug business are well documented.”

The report said that Hezbollah’s “main routes now move from South America to Africa into the EU. Cocaine reaches Germany mainly via the ports of Rotterdam, Antwerp and Hamburg.”

Within the capital city of Berlin, “Hezbollah is also allowed to spread propaganda here in the Reuterstrasse, recruit new members, collect donations – and then forward them to Beirut,” Tagesspiegel reported.

The Islamic Center Imam Riza, a Shi’ite institution, is located on Reuter Street in the Berlin district of Neukölln. Berlin’s intelligence agency – the rough equivalent of Shin Bet – revealed in its 2019 report that 250 Hezbollah members live in the capital. A total of 1,050 Hezbollah members and supporters operate across Germany, according to other German intelligence reports.

Muhamad Abdi and Sebastian Leber, the Tagesspiegel journalists who wrote Saturday’s article, reported that the Islamist Tevekkül Erol, from the Islamic Center Imam Riza, preached against Israel and spreads Hezbollah propaganda on Twitter and Facebook. Erol circulates incitement messages from the Hezbollah leaders who are celebrated as “the right fighters” against the USA, they wrote. He has also posted the Hezbollah logo that depicts an upraised arm grasping an AK-47 assault rifle.

When asked by Tagesspiegel if he is a member of Hezbollah, Erol refused to comment.
The Berlin paper wrote that Erol is filled with anger as he scolds the “Zionists who kill our siblings in Palestine with bombs.”
The radical Islamist lashes out at the USA and Muslims who dare to conduct business with the “Zionists” or forge diplomatic relations with Israel, the report noted. It also said that Erol claimed that these Muslim who align themselves with the USA and Israel will regret their bad deeds.

He declared, “They will all end up in hell.”

The Tagesspiegel article reports that Erol spreads incitement online, including antisemitic conspiracy theories. A telling example, Erol contends that the Jews are behind the terrorist organization the Islamic State. Erol says that the slain Islamic State leader Abu Bakr al-Baghdadi is Jewish and his real name is Simaun Eliot.

The paper reported that a second building near the Islamic Center Imam Riza is a meeting and prayer place for supporters of Hezbollah. The association Al-Irschad is, according to security officials, a hot spot for Hezbollah members. The paper wrote that Islamists like Kassem R., who pledged his loyalty to Hezbollah’s leader Hassan Nasrallah on Facebook, visits Al-Irschad. Kassem is a barber who posted photographs of his two sons in soldier’s uniforms, one of which was holding a firearm.

The Jerusalem Post exclusively reported in August that a Hezbollah mosque in the German city of Münster posted a shocking video on its Facebook page announcing it was proud of terrorism and its allegiance to the Islamic Republic of Iran’s Supreme Leader Ali Khamenei. A Lebanese member of the Imam Mahdi Zentrum Shi’ite mosque in Münster declared: “We belong to the party of Ruhollah [Khomeini]. We have been accused of being terrorists – we are proud of terrorism.”

The Iranian regime supplies Hezbollah with funds and weapons and the Lebanese Shi’ite organization is Tehran’s chief strategic ally in the Middle East.

The German government has rejected appeals to outlaw Hezbollah’s so-called political wing from the country; the military wing was banned by the Germany and the European Union in 2013.

The Iranian regime supplies Hezbollah with funds and weapons and the Lebanese Shi’ite organization is Tehran’s chief strategic ally in the Middle East.