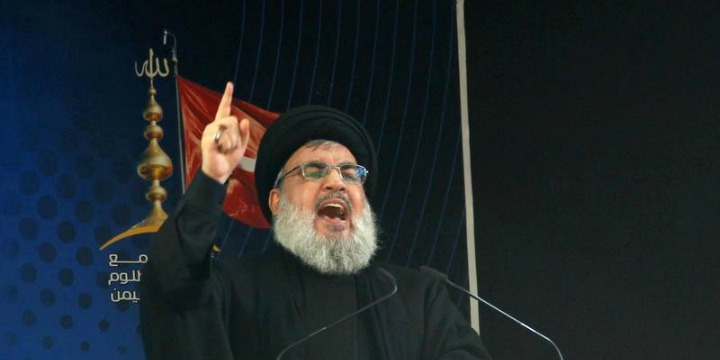 Hezbollah: Our Precision Missiles Can Hit Anywhere in Israel

In a short video clip released on social media early Sunday morning, Lebanese Shi’ite terrorist organization Hezbollah claimed that it can hit any target in Israel with precision missiles.

In the video, Hezbollah leader Hassan Nasrallah can be heard saying: “Today, we can not only hit the city of Tel Aviv but also, if God wills it, and with his help, we can hit very precise targets within Tel Aviv.”

“We can hit anywhere within Occupied Palestine,” he added.

During the 38-second video, targets are placed on different parts of Israel, accompanied by coordinates, although it is unclear what the targets are.

The video concludes with the statement: “Whatever you do to try and prevent this … Game Over!”

Hezbollah and Nasrallah are currently embroiled in local unrest in Lebanon, with anti-government demonstrators unhappy about the economic and social situation in the country and the Hezbollah-backed government. In addition, the United States recently placed further sanctions on Syrian officials, which is seen as also harming the Shi’ite terror group.