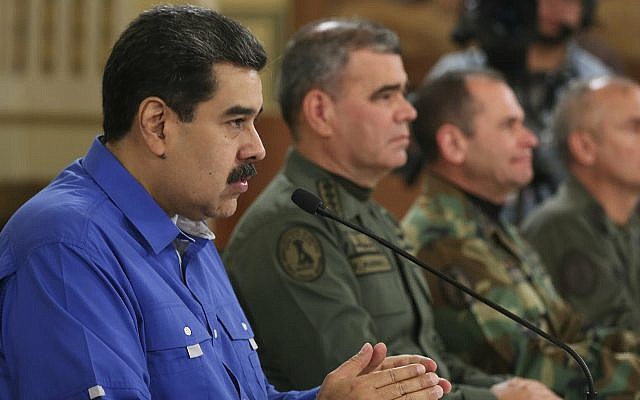 The feared former head of Venezuelan strongman Nicolas Maduro’s intelligence police has charged that the Lebanese terror group Hezbollah operates in the Latin American country with the protection of the government.

Gen. Manuel Ricardo Cristopher Figuera, who fled his homeland for Colombia and then the US after the failed April 30 uprising in the country, has been passing some of the Maduro regime’s most closely held secrets to American officials.

In an interview with the Washington Post published Monday, he spoke of his disenchantment with the government he had once worked to protect.

“I never saw the country’s situation and the government’s corruption as closely as I did during my last six months,” he said, the period when he ran the notorious SEBIN, or Bolivarian Intelligence Service, the regime’s political security arm.

“I quickly realized that Maduro is the head of a criminal enterprise, with his own family involved,” Figuera said.

Among the abuses: family members linked to the regime using their influence to buy and sell gold to the state for huge profits; support for terror groups like the Colombian ELN; and the deep influence that Cuba’s Raoul Castro has over Maduro, both personally and through Cuban guards and advisers who surround the Venezuelan president.