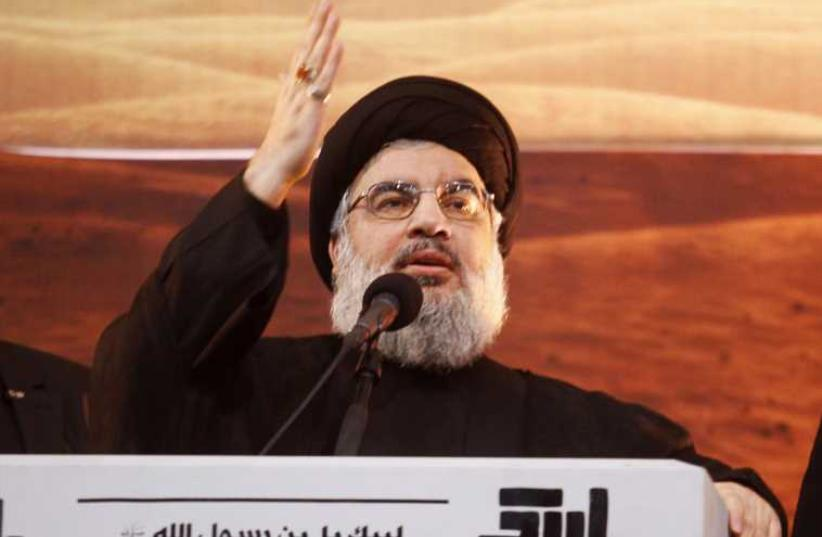 Hezbollah leader Sayyed Hassan Nasrallah gave a speech on Friday, Al-Quds Day, on the “struggle with Israel,” in which he opened with the position that “Israel must be destroyed.”

He opened his speech by addressing the various reasons for the commemorative speech, in which he called Israel’s Independence “the establishment of this virus of an entity, this cancerous tumor amidst our umma.”

“When Khamenie declared Al Quds Day in 1979, it was a culmination point of his personal struggle against Israel, which he began addressing in 1960. Khamenei was restating the position of Najaf and Qom regarding Palestine, a position that remains a consistent position until the present.

This position is that Palestine from river to sea must be liberated. Israel has no legitimacy to exist at all and must be destroyed.”

Nasrallah said that the position regarding “Palestine, the holy places, the Palestinian people, and the upsurper entity is a religious and ideological position and therefore we cannot compromise or negotiate on it.”

“Anyone who thinks they can change this position through sanctions or pressure is mistaken and must despair of their attempts to do so.”