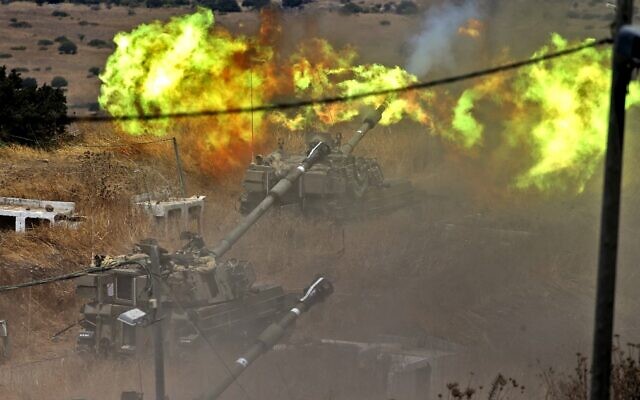 Nearly 20 rockets were fired into northern Israel from Lebanon on Friday morning, sending residents in a number of towns in the Golan Heights and Galilee Panhandle scrambling to shelters.

The Israel Defense Forces said 10 projectiles were intercepted by the Iron Dome missile defense system and six landed in open around Mount Dov. Another three rockets failed to clear the border and landed in Lebanese territory, according to the military.

The alarms sounded shortly before 11 a.m. in Ein Quiniyye, Neveh Ativ and Snir, near Israel’s northern border with Lebanon and Syria.

The Iran-backed Hezbollah terror group confirmed it had fired the projectiles on Friday, which it said came in response to recent Israeli airstrikes in Lebanon. “The Islamic Resistance shelled open areas near the Sheba Farms with dozens of 122mm rockets,” it said in a statement carried in Arabic-language media.

Thursday’s early morning airstrikes were in response to a previous rocket attack from Lebanon on Wednesday.