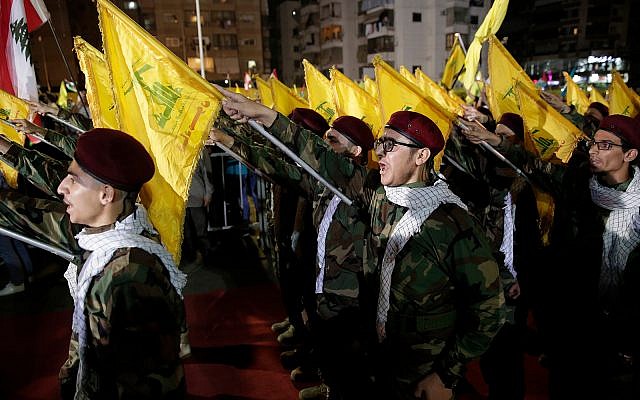 The Iran-backed Hezbollah terror group on Monday released a video showing members of its elite commando unit in training and firing weapons at targets representing Israel, in a pointed warning to the Jewish state.

In the video clip, members of the Lebanese group’s Radwan Unit are shown demonstrating their shooting and unarmed combat skills. Some of the shooting targets have a Star of David printed on them, the traditional symbol of the Jewish people and the icon at the center of the Israeli national flag.

The video was shared on social media accounts associated with Iran and its proxies, the Ynet website reported. It was also posted on YouTube, but later removed for violating its standards.

At the end of the video, text in Hebrew and English appears with a quote from Surah 9:5 of the Quran reading: “Then kill the polytheists wherever you find them and capture them and besiege them. And sit and wait for them in every place of ambush.”

The quote is followed by another, from the Bible, also in Hebrew and English, from Jeremiah 1:14, reading, “From the north disaster will be poured out on all who live in the land.”