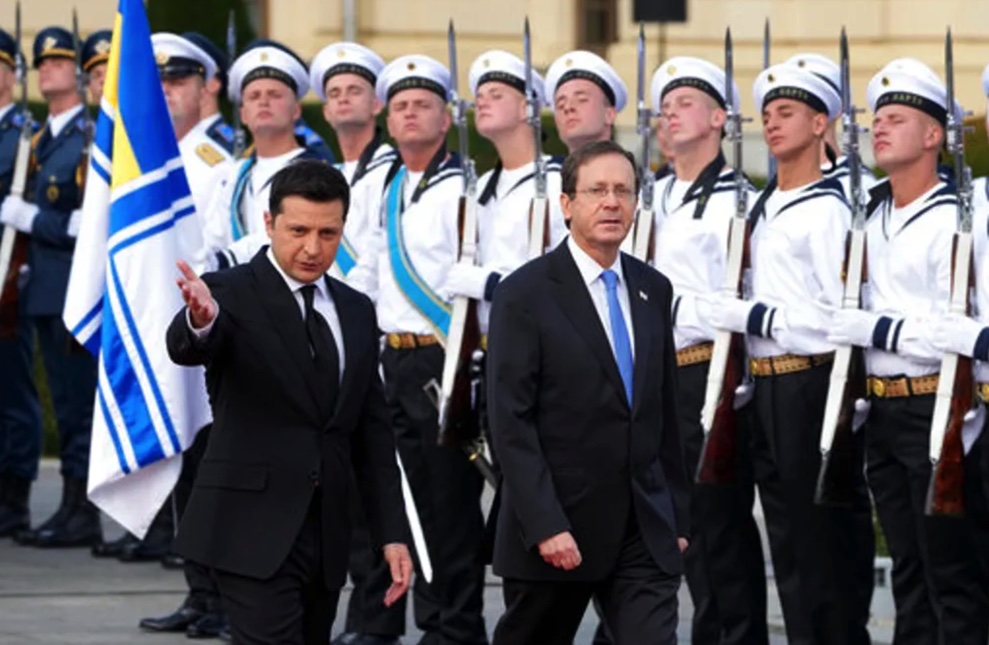 Herzog in Ukraine for 80th anniversary of Babyn Yar massacre

On Wednesday, Herzog is scheduled to participate in a ceremony in Kyiv marking the 80th anniversary of the Babyn Yar massacre along with the presidents of Ukraine and Germany.

He will also take part in events marking 30 years since the establishment of diplomatic relations between Israel and Ukraine.

After his plane touched down, Herzog placed a wreath at Ukraine’s Tomb of the Unknown Soldier.

He received an honor guard reception at the presidential palace, and held a meeting with Ukraine’s President Volodymyr Zelensky after the two watched a military parade.