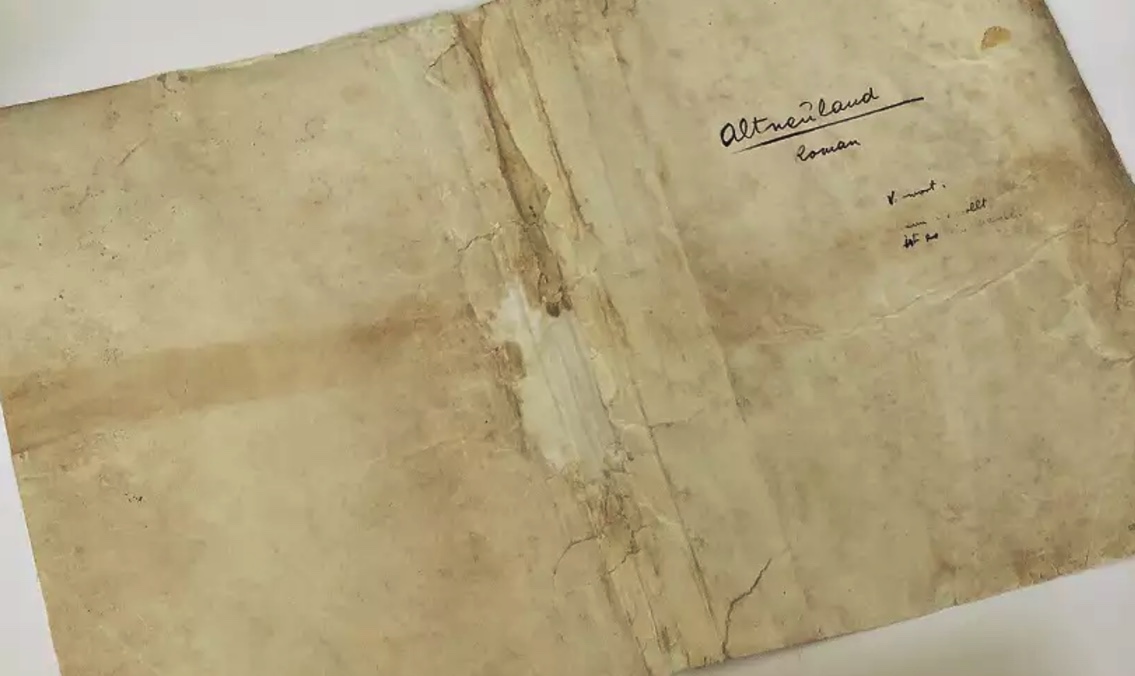 Herzl’s original Altneuland manuscript to go on display in Jerusalem

To mark 120 years to the publication of Zionist visionary Theodor Herzl’s novel Altneuland, the World Zionist Organization’s Herzl Center in Jerusalem is putting the work’s original manuscript on display.

The novel, the title of which translates to “The Old New Land,” is a depiction of the Jewish state to be established following the realization of Theodor Herzl’s Zionist vision.

The novel, which opens with the words, “If you will it, it is not a dream,” was translated by Nahum Sokolow into Hebrew. Finding it difficult to come up with a fitting Hebrew translation of the title, he chose Tel Aviv, which unbeknownst to him would go on to become the name of Israel’s “first Hebrew city.”

Alongside the original manuscript, the Herzl Center exhibit will also share the story of the utopian novel.

“Today, too, 120 years after it was published, the text succeeds in being relevant thanks to Herzl’s ability to predict already then what would keep the state busy, beginning with the issue of gender equality and its relationship with the Arab minority, the separation of religion and state, electric trains, hydraulic electricity, and biotechnology. In Altneuland, Herzl is revealed not only as the visionary of the state but the visionary of the start-up nation,” Herzl Center Director Uri Zaki said.