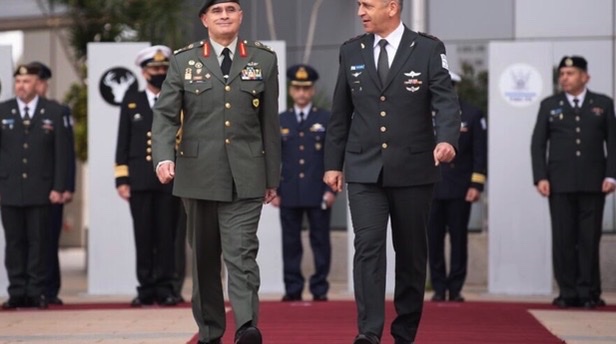 The head of Cyprus’s military touched down in Israel on Monday, kicking off his first official visit to the country, the Israel Defense Forces announced on Tuesday.

Lt. Gen. Demokritos Zervakis was received by an IDF honor guard, after which he participated in a “strategic-operational” meeting focusing on “shared security challenges in the Middle East,” according to the Israeli military.

“During his visit to Israel the general will receive a briefing at the northern border and will visit an Iron Dome Aerial Defense System battery,” the IDF said in a statement.