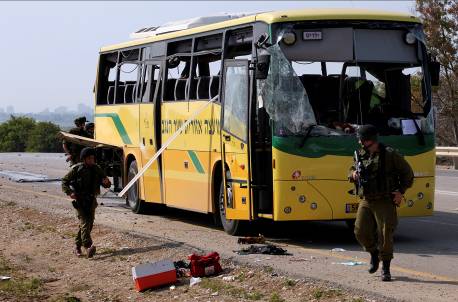 On November 12, 2018, Hamas launched an anti-tank Kornet missile from the Gaza Strip at a bus carrying soldiers near the border with the Gaza Strip (south of the city of Sderot). An IDF soldier was severely wounded. A few minutes before the missile was launched, dozens of soldiers got off the bus to receive a briefing nearby. Launching the missile was the “opening shot” of a massive rocket attack initiated by Hamas, targeting cities and communities in the western Negev, with other terrorist organizations joining as well.