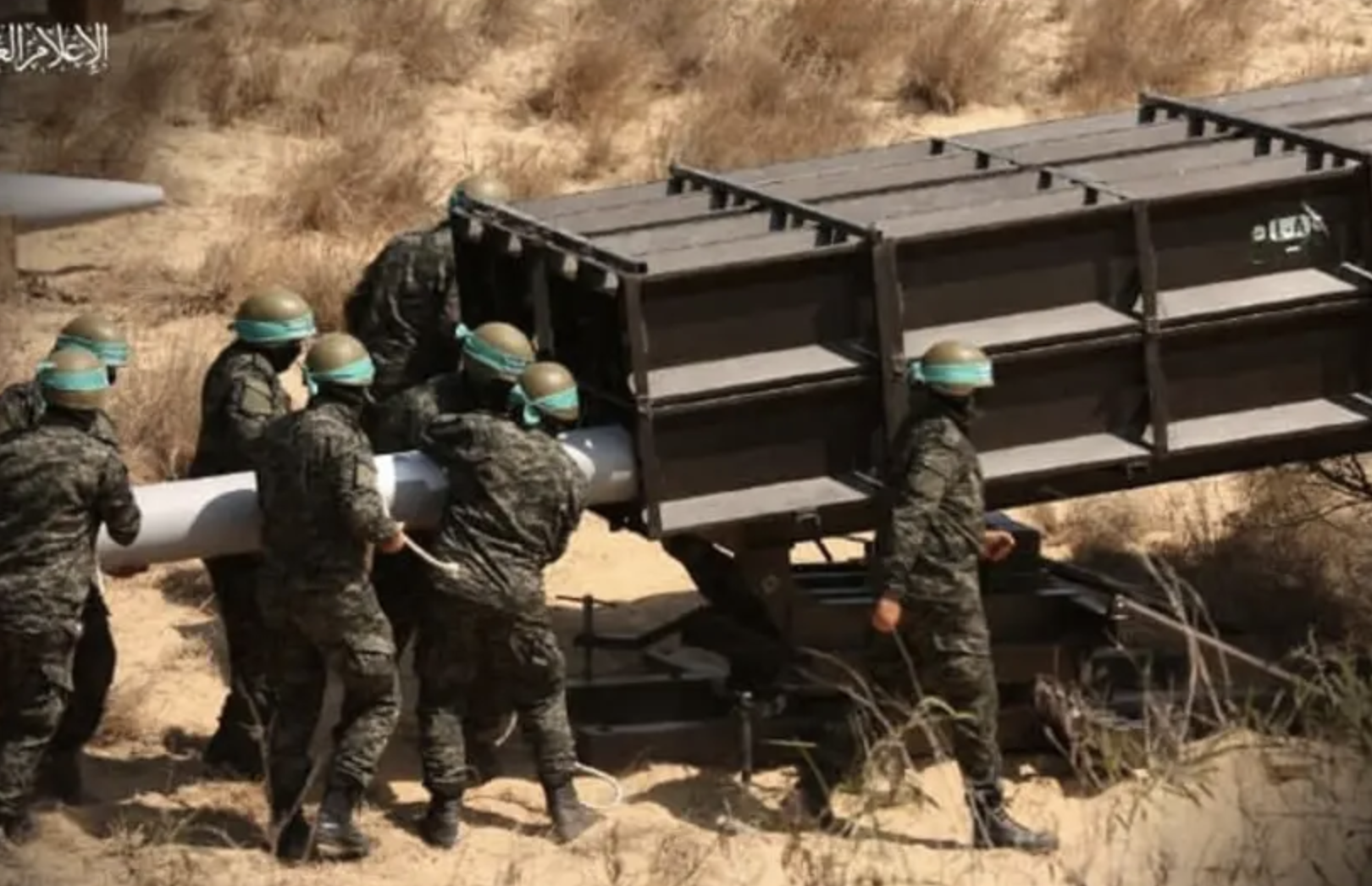 Hamas uses ‘A-120’ rocket, named for slain commander, to fire at Jerusalem

Hamas used a new rocket in its attack against Jerusalem on Monday called the A-120 and named for a commander killed by the IDF during the Gaza War of 2014.

The “A-120” is said to have a range of about 120 kilometers and was seen in footage shared by Hamas of a long rocket being loaded by masked terrorists into a launcher in the Gaza Strip. Seven rockets were fired toward Jerusalem on Monday, one of which hit a home in a nearby suburb, causing damage but no injuries.

The rocket is strikingly similar to the R-160 which Hamas boasted as its longest-range domestically-made rocket, first fired in the 2014 war, at one point hitting as far north as near Haifa.

The “R” referred to a former top Hamas commander, Abdel-Aziz Rantisi, who was killed in an Israeli targeted killing in 2004.

The A-120 is said to be named for Ra’ed Al-Attar, who was the commander of Hamas’s Rafah Brigade in southern Gaza and a member of the terror group’s military council. His command was viewed as important due to Rafah’s proximity to the border with Egypt and being the home to smuggling tunnels into Gaza.

Congressional reports claim that Attar authorized the August 2010 firing of Grad-style rockets from the Sinai Peninsula into Eilat and Aqaba, Jordan.