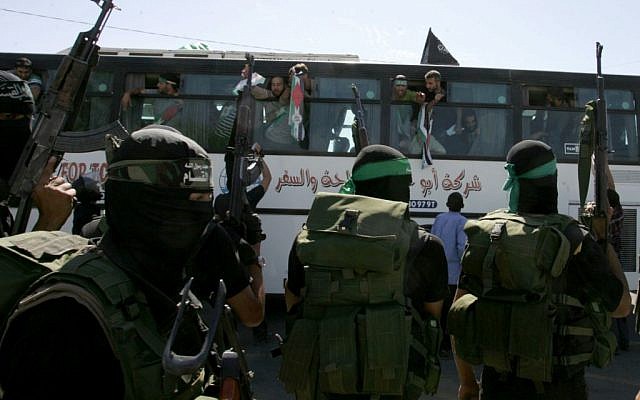 Hamas said Thursday it had allocated new homes funded by Iran in Gaza to Palestinian former prisoners who had been held in Israeli jails.

The Prisoners Ministry said 26 apartments in a new building in southern Gaza had been given out in a lottery between 125 Palestinian former prisoners.

Officials from Hamas, the Islamist terror group that rules the Gaza Strip, said the program was the first of its kind funded by Iran.

A second building will be constructed in northern Gaza, the ministry said, adding the project aimed to “reduce the suffering of our freed prisoners.”

Iran has long been a strong backer of Hamas and its ally Islamic Jihad, providing them with funds, weapons and training.

Israel regards Iran as its main enemy, accusing it of seeking the destruction of the Jewish state though its support for terrorist groups. Iranian leaders routinely predict Israel’s destruction. Hamas avowedly seeks to destroy Israel.

Israel has also accused Iran of seeking to establish a military presence in Syria that could threaten Israeli security and attempting to transfer advanced weaponry to the Hezbollah terror group in Lebanon.

Around 6,500 Palestinians are currently in Israeli prisons for a range of offenses, including various terror-related crimes, according to the Palestinian Prisoners’ Club.