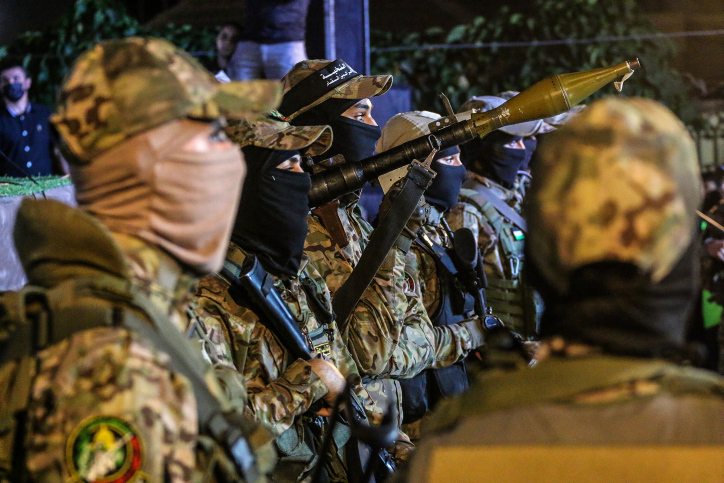 The Hamas terror group announced Thursday that it had sentenced six Palestinian “informants” to death for collaborating with Israel.

The group’s military court said it had issued sentences “against a number of informants, including six death sentences, other sentences varying between life terms and temporary hard labor, and one acquittal.”

Hamas takes a rigid approach to collaborators with Israel, which has with Egypt put the Gaza Strip under blockade since the Islamists took power in a bloody coup in 2007.

In 2018 a Hamas military court sentenced six people to death for espionage, including a woman.

The year before, three convicted in the assassination of a Hamas commander were hanged or shot by a firing squad in public.

Hamas said Thursday that collaborators who turn themselves in will face more lenient terms, and said that the “judgments issued have fulfilled all legal procedures.”

Palestinian law requires approval from the Palestinian leader for the death penalty, but Hamas in Gaza has carried out a number of executions without permission from Mahmoud Abbas.