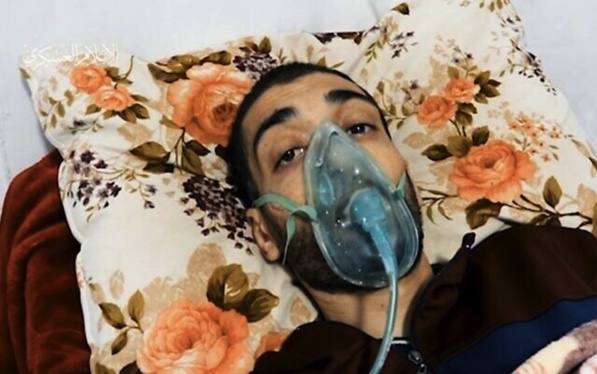 The Hamas terror group on Tuesday published a video showing Hisham al-Sayed, one of two Israeli men being held by the terror group in the Gaza Strip, in poor medical condition — the first image of the hostage seen in years.

In the video, al-Sayed can be seen hooked up to an oxygen mask. The footage was undated, but it appears to have been recent, as a conference streaming on Al Jazeera’s Arabic channel seen behind the Israeli hostage took place on June 21.

Hamas’s military wing had claimed on Monday night that “the health of one of its Israeli prisoners has deteriorated,” after years in which repeated attempts to reach a prisoner exchange deal between the two sides have hit dead ends.

Al-Sayed, a Bedouin Israeli, crossed into the Gaza Strip voluntarily in 2015. His family says he suffers from mental illness.