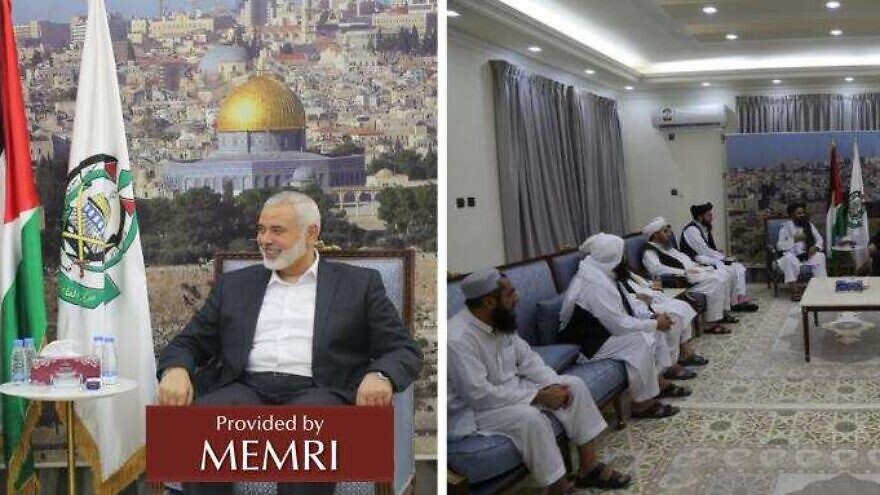 Hamas leader, officials: uncompromising resistance is only way to expel ‘the occupiers’

Hamas leader Ismail Haniyeh and other officials were among the first to congratulate the Taliban on “expelling the occupiers” by means of their “jihad” from Afghanistan.

According to a report by the Middle East Media Research Institute (MEMRI) published on Tuesday, Hamas quickly released pictures of a meeting between Haniyeh and Taliban officials in Doha, Qatar.

Since the Taliban’s swift takeover of Afghanistan, former Hamas officials and journalists affiliated with the movement published articles discussing the lessons learned from the debacle.

Yousuf Rizqa, a former Hamas information minister in Gaza and an advisor to Isma’il Haniya, wrote in his column in Hamas’s mouthpiece media outlet Filastin, “The lesson we can learn from the Taliban… is that resistance always defeats the occupier. An occupier, even one as big and strong as the U.S., will necessarily be defeated, and national resistance, wherever it takes place, will necessarily triumph.”