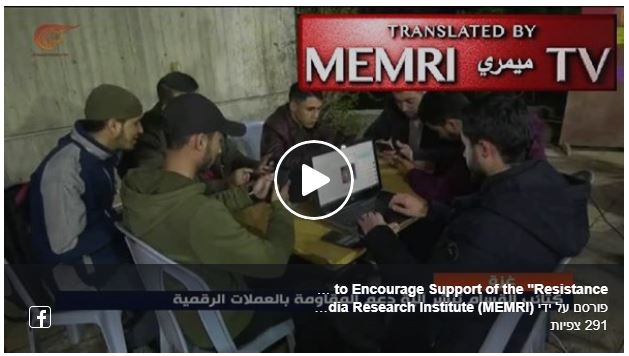 Lebanon’s Mayadeen TV aired a report in March about an online campaign in Gaza to encourage support for the “resistance,” namely Hamas. The reporter, Lana Shahin, said that the campaign, which was launched by Hamas’s military wing, the Al-Qassam Brigades, strives to use modern and secure methods, and briefly discussed the Brigades’ cryptocurrency campaign

Iyad Al-Qarra, editor-in-chief of the Gaza newspaper Palestine and the head of the board of directors of the Gaza Youth Media Center, was also briefly interviewed, and he referred to the Palestinian youth involved in the campaign as the “Twitterati.”