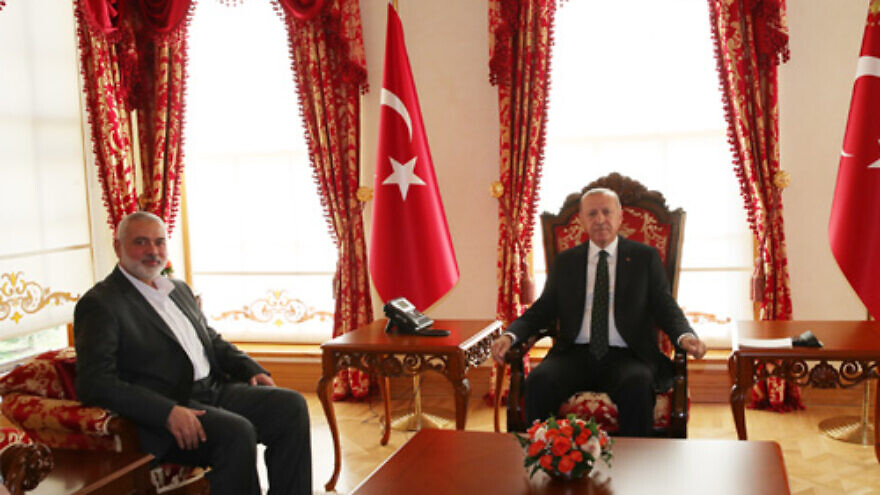 A new report by the Jerusalem Center for Public Affairs also finds that the headquarters laundered millions of dollars.

Hamas’s headquarters in Istanbul has directed hundreds of terrorist attacks against Israelis and laundered millions of dollars, a recent report by the Jerusalem Center for Public Affairs has said.

The report noted that “a decade has passed since the official opening of Hamas’s offices in Istanbul, and Turkey is courting Israel anew. Turkey collaborates with terror organizations on both the ideological and operational levels. Terrorists working on Turkish soil establish infrastructures and plan terror attacks against Israel.”

According to the report, Hamas senior officials—most of them former security prisoners serving sentences for terrorism, who were released in the Gilad Shalit prisoner exchange—“are operating from Turkey against Israel. Some have even been granted Turkish citizenship.”