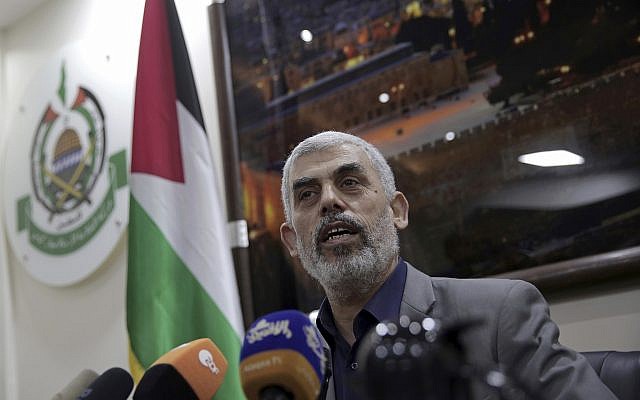 The head of Hamas in Gaza warned Israel if more ventilators for coronavirus patients were not brought into the Palestinian enclave then his terror group will “take them by force.”

“If ventilators are not brought into [Gaza], we’ll take them by force from Israel and stop the breathing of 6 million Israelis,” said Yahya Sinwar, according to Hebrew media reports.

The terror chief highlighted Hamas’s efforts to contain the virus outbreak in Gaza, saying, “When we decided to establish compulsory quarantine facilities for people returning to Gaza, we knew that it would be a difficult decision that would cause a lot of criticism against us.”

“It’s our first line of defense. We can’t allow the epidemic into Gaza,” Sinwar said, according to Channel 12.

He accused Israel of not allowing medicines into Gaza, saying he wouldn’t return Israeli soldiers’ bodies until medical supplies came in.

Hamas is believed to be holding the remains of Israeli soldiers Oron Shaul and Hadar Goldin, which were captured by the terror group when the two were killed in the Strip during the 2014 war.