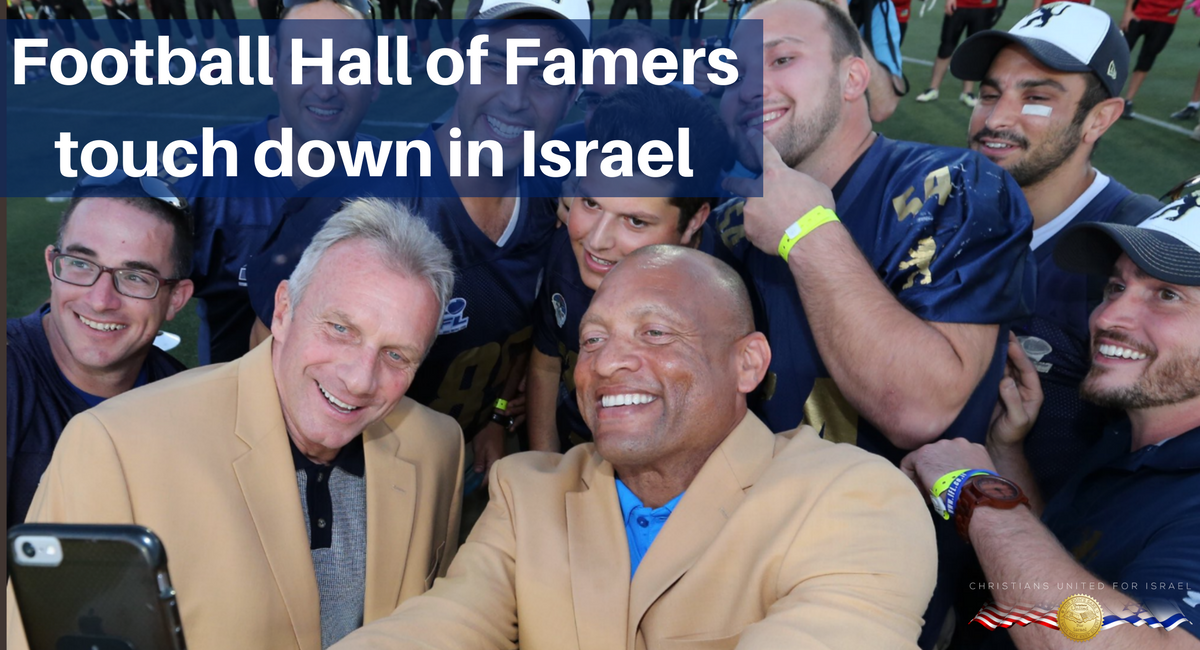 RAMAT HASHARON, Israel — Some of the greatest NFL players of all time descended on a converted soccer field outside Tel Aviv to watch local children scrimmage in a big boost for the burgeoning sport of American football in Israel.

Joe Montana, Jim Brown, Roger Staubach and Mike Singletary were among the 18 members of the Pro Football Hall of Fame who arrived for a weeklong visit to the Holy Land to meet some of the 2,000 active players in Israel’s various leagues and to learn about the growth of gridiron in the country.

The mission was organized by New England Patriots owner Robert Kraft, who has been sponsoring the sport in Israel since it was launched in 1999.

“I love football. I love Israel. I love America. I think kids in America would die to have this group of players come and view them,” Kraft told The Associated Press. “The game of football teaches you lessons in life that nothing else does.”

While lagging far behind soccer and basketball in popularity, football has made great strides at the grassroots level thanks to live NFL broadcasts and the expansion of the Israel Football League, now 10 years old. Unlike baseball, which still mostly appeals to American-Israelis, football has resonated with native-born Israelis, who have taken a liking to the army-like strategy, camaraderie and collisions.

The game has really taken off in the high school league, where nine teams play across the country, and it is now no longer unusual to see kids tossing the pigskin in city parks.

On Thursday, the NFL greats watched scrimmages between various high school teams, including the six-time defending league champions Kfar Saba Hawks, who have become an unlikely breeding ground of future commandos in the Israeli military.

Together with the eight flag football leagues for men, women and children, there are about 80 teams playing football in Israel.

“This is only going to get bigger and better over here because of him,” Montana said of Kraft.