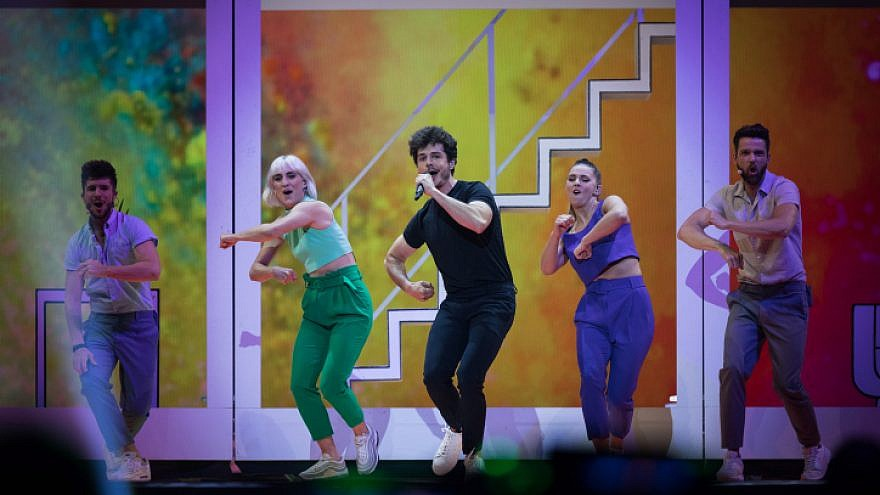 The two-minute video was only played in Israel, and appeared as an IDF message telling anyone within 1.2 kilometers (0.7 miles) of the contest venue in northern Tel Aviv to seek immediate shelter due to the threat of rocket attack.

Kan issued a statement saying it believes the video’s reach was limited, and that “the [European Broadcast Union] and Kan view cyber security as being of the utmost importance and the matter is being investigated.”

Though pro-Palestinian activists have attempted to make the Palestinian cause the focus of the competition, small protests, limited marches and pressure by Boycott, Divest and Sanction (BDS) operatives do not seem to have significantly affected  the competition.

Pop icon Madonna, who was pressured by BDS to cancel her anticipated performance, arrived in Israel early Wednesday after publicly stating that she would not give in to the pressure. Moreover, not a single contestant appears to have withdrawn from the competition as a result of BDS efforts.