Group of schoolchildren find 1,600 year-old gold coin in the Galilee 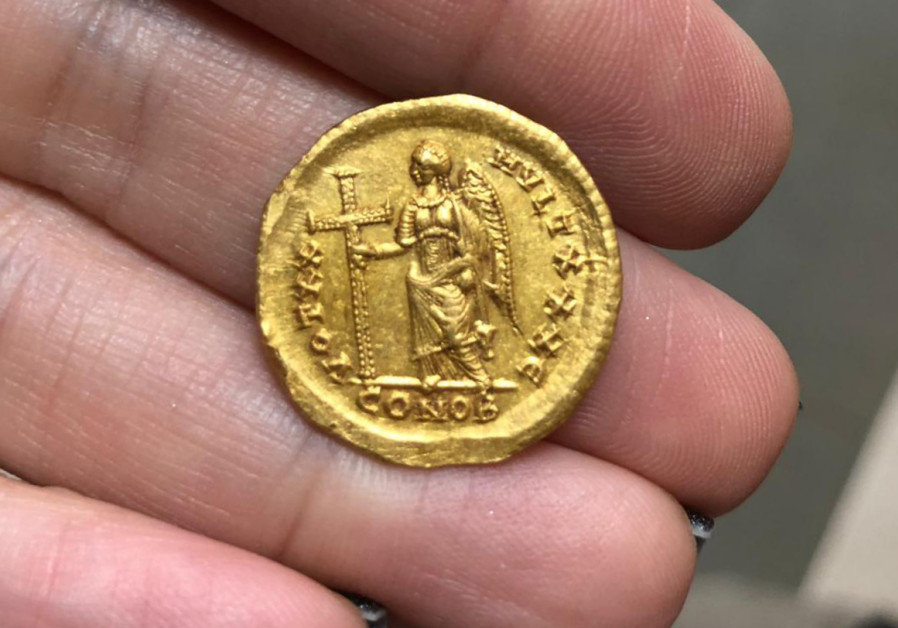 A rare 1,600 year-old gold coin was found by a group of ninth-graders in February, the Israel Antiquities Authorities said on Monday.

The coin was discovered during a school trip in Nahal Zippori in the Galilee.

Nahal Zippori was once the capital of the region and the seat of the Sanhedrin. The coin features the effigy of the Byzantine emperor Theodosius II, who was also the Roman leader who abolished the presidency of the Sanhedrin.

On the other side, the coin presents the image of Victoria, the goddess of victory.

The four students, Ido Kadosh, Ofir Siegel, Dotan Miller and Harel Green from Kibbutz Yifat, gave the coin to the relevant authorities. They were awarded a certificate of good citizenship.

“This type of coin is known as a solidus, a gold coin minted in Constantinople, today’s Istanbul, by Theodosius II, around 423-420 CE,” said Gabi Bichovsky, a coin expert at the Antiquities Authority.

“This is the first time a coin of this kind has been discovered in the Land of Israel,” he added.