Greenblatt: PA could finance its hospitals if it stopped paying terrorists 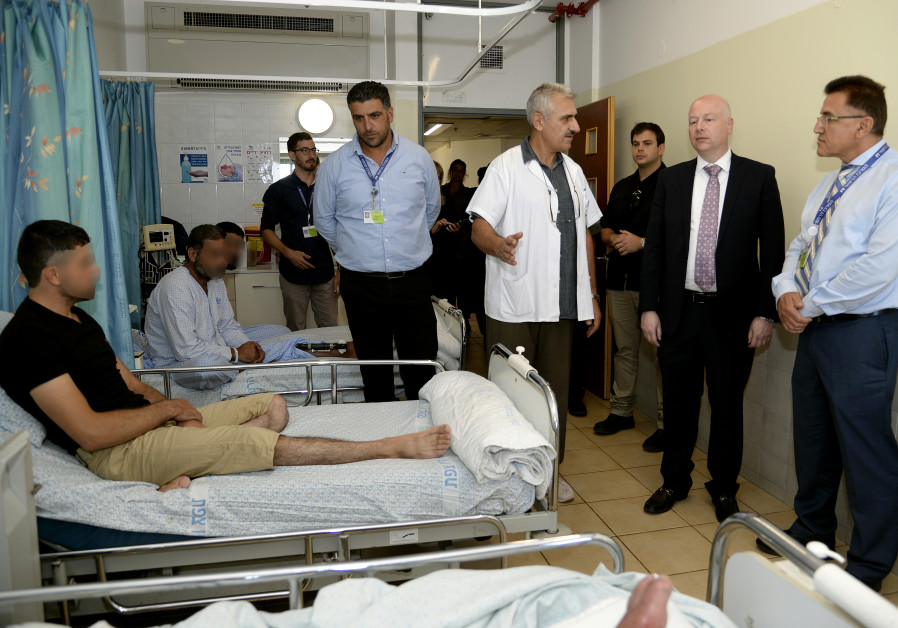 US Middle East envoy Jason Greenblatt has tweeted that the Palestinian Authority would be able to better finance medical care for its people if it stopped funding terrorists.

“The PA incurred bills @ the hospital & assumed someone else would pay. We want those patients to receive the best care -the PA could easily pay its own bills to the hospital by ending incentive payments to terrorists/their families & use the $ to care for their ppl,” the US envoy tweeted overnight Thursday.

Greenblatt was responding to a tweet by Channel 13 reporter Barak Ravid, who asked Greenblatt, “Why did the US stop funding Palestinian hospitals in East Jerusalem that are the only place in Palestine that can give treatment to cancer patients?”

The Jerusalem Post reported in February, that according to numbers released by the Coordination of Government Activities in the Territories Unit (COGAT), more than 20,000 permits were granted to Palestinians living in West Bank to enter Israel and receive treatment or support a patient who was receiving treatment in the Jewish state in 2018.

The number was up by nearly 3,000 from the year before.