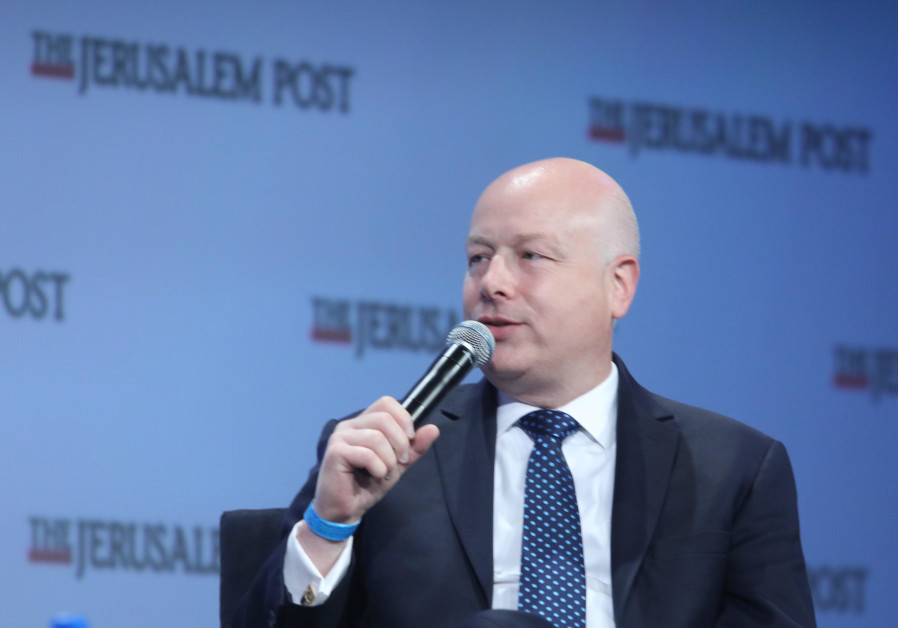 Donor countries should stop funding the Palestinian Authority and Hamas regimes which is squandering the money, US special envoy Jason Greenblatt said in an opinion piece he published Thursday on the Fox News website.

“Donor countries must ask themselves why they should keep struggling to raise money when everyone can plainly see the Hamas regime and the Palestinian Authority are squandering the opportunities that donor money provides for a better future for all Palestinians,” Greenblatt said.

He spoke out in advance of a donor meeting in New York on Thursday, known as the Ad Hoc Liaison Committee, which meets on the sidelines of the General Assembly. The 15 member committee includes representatives of the US, the PA and Israel. It is one of the few international gatherings where US, Israeli and Palestinian representatives interact.

The Trump Administration, which use to be the main donor to the PA, has withdrawn its funding. It. has urged a new approach to financial support for the. Palestinians. Among its issues is the PA monthly payments to Palestinian terrorists and their family members.

The PA considers these terrorists to be martyrs. Earlier on Thursday PA President Mahmoud Abbas defended those payments during his address to the General Assembly stating, “”Even if I have one penny left I will give this penny to the families of the martyrs.”

Greenblatt asked, “Is that where donor countries want their limited tax dollars to go? Many of the recipients of these salaries murdered, or attempted to murder, Israelis in terrorist attacks (or the money is given to the murderers’ families if the murderer has died).”

He added, the “Palestinians are among the largest recipients of donor assistance per capita in the world today. Yet despite decades of work, billions of dollars, euros, shekels, and dinars donated, life continues to get worse in Gaza and in what some call the West Bank and others call Judea and Samaria.”

“This past week I met with some Palestinians and they were exceedingly clear that they want investment and not donations. They want real opportunity, a real economic future. They want this now,” Greenblatt said.

“Can donor countries be bold enough to let the Palestinian people take a step forward, or will donor countries sentence them to more of the same?” It’s time to help Palestinians live better lives. And in that process, hopefully we will also achieve peace,” Greenblatt said.